Today we celebrate the anniversary of the single most significant event in the history of the world: the resurrection of Jesus Christ from the dead.

This is not a doctrine that we believe lacking proof or despite evidence to the contrary, but it is an actual historical event that has been attested to by secular and church historians alike. The death and resurrection of Jesus the Christ are the most thoroughly and completely documented events in ancient history. Point of fact, there is better historical evidence for the existence of Jesus Christ and what He said, did, and experienced than Socrates, Julius Caesar, Confucius, Gilgamesh, Zoroaster, and all the other famous ancient figures who came before Him put together.

But this is not a treatise on apologetics and there are many far more learned men than I who have dealt with this subject in far greater detail, with far greater scholarship, and with far greater expertise than I could possibly muster.

What I want to address is the significance of the resurrection as it affects our daily human lives. Jesus is intensely practical and would have condemned discussions of His Word that were merely theoretical or abstractly theological, and not expressed with the simplicity of a child and practically applicable in our relationships with Him and one another. Christianity is not only to be believed, but to be lived!

One of the trends in today’s churches is an abandonment of the Truth of this factual, historical event or the minimization of its significance. I see with great sorrow news reports on an almost weekly basis describing how some pastor or another has succumbed to the lies of political correctness, so-called “tolerance” and “inclusiveness” and embraced the heresy of universal salvation (salvation apart from the Lordship of Jesus Christ and faith in his resurrection, the “all roads lead to God” horse-hockey). Interestingly enough, in such cases that I have some personal knowledge of, every one of them has some sort of unrepented sin or addiction that causes them to need an “adjustment” to sound doctrine in a vain attempt to salve their consciences by changing the standards. But I digress…

As I’ve stated in my previous post, Jesus Himself declared Himself to be God and that He is the only Way, only Truth, only Life, the only road that leads to God the Father. These statements and his earthly deeds make Him absolutely unique among the founders of the world’s religions. Mohammed declared himself to be God’s prophet, Buddha declared himself to be “enlightened”, the Jews rightly regard Moses as the greatest of the prophets, others such as Confucius were philosophers. Other than Jesus’ declarations that He is God, the other salient difference between all these men and the Lord Jesus is that they are all dead and Jesus is alive forever more!

The New Testament clearly states that the resurrection of Jesus Christ is essential to Christian salvation. For example:

“…that if you confess with your mouth the Lord Jesus and believe in your heart that God has raised Him from the dead, you will be saved. For with the heart one believes unto righteousness, and with the mouth confession is made unto salvation.” — Romans 10:9-10

And this has been echoed down through the centuries of church history. As the Body of Christ has been assaulted by various heresies over the years, the church fathers developed “creeds” that defined essential doctrine. Essential doctrine is the minimum list of things you must accept and believe in order to be saved and go to heaven — by corollary, any concept or held belief contrary to this list of crucial doctrines is considered to be heresy. While a number of churches have adopted these creeds as part of their worship liturgies, the primary historical purpose of these creeds is to combat heresy and remains so to this day.

Here are the Apostles’ and Nicene creeds, both in modern English:

I believe in the Holy Spirit, the holy Christian church, the communion of saints, the forgiveness of sins, the resurrection of the body, and the life everlasting. Amen.

We believe in one holy Christian and apostolic Church. We acknowledge one baptism for the forgiveness of sins. We look for the resurrection of the dead, and the life of the world to come. Amen.

So someone who does not believe either of these creeds in their entirety is, by definition, not a Christian, not born again, not a child of God, not an heir to the New Covenant, not going to heaven. Such people may be appear to be pious and religious, may give lip-service to Christianity and Christian principles, may look and sound like true Christians, but they are not.

We Have the Power to
Choose Our Eternal Destiny

Unfortunately, combating heresy got itself a bad name thanks to Roman Catholicism and it’s completely ungodly enforcement of Catholic dogma by such outfits as the Spanish Inquisition (Nooooooooooo one expects the Spanish Inquisition!!!! But I digress… :-) ) We’ve all seen movies where some arrogant, self-righteous horse’s-patooty used torture to elicit “confessions” of doctrinal impurity from their victims and the fact of the matter is that most of these scenes don’t even come close to the horrifying reality of the evil that actually transpired.

Each individual is completely free to accept or deny the Lordship of Jesus Christ without penalty on this earth — that is the only biblical view of the matter. The penalties kick in after someone who refuses Christ stands before God after death and those penalties are not at all trivial. But here we are free to choose.

Point of fact: of all the world religions, only the Quoran explicitly endorses the use of force to produce conversions and that is how Islam was indeed spread throughout a great deal of the world. The so-called “infidels” who refused to accept Allah and Mohammed as his prophet were simply killed outright. Those politicians and public figures proclaiming Islam as a “peaceful religion” are either ignoring — or outright ignorant of history — and those who refuse to learn from history are doomed to repeat it, I might add. Or they have some agenda that requires them to deny the truth.

What is Judgement, Who Gets to Judge & When?

The classic response to this from the liberal set would say, “You’re being judgmental!” Well, the accuracy of that statement would depend upon how you define that term.

If you are defining “judgmental” as “condemnatory, imputing guilt and damnation upon”, you’d be dead wrong. Frankly, it breaks my heart to see such folks because they have been inoculated with just enough Christianity to keep them out of heaven while deceiving them into thinking they’re going there. That is a major tragedy and no true believer should be looking down on such folk with scorn and derision — such an attitude is the essence of Phariseeism and Jesus was decidedly not a fan of the Pharisees.

But if you define “judgmental” as meaning “discerning the truth between two or more positions on an issue; to accurately ascertain the facts of a situation”, then you are absolutely correct! While I am certain of my words, I have no sense of superiority in saying so. Why? Because:

One of the attitudes that is constantly and, in many cases, justifiably attributed to evangelical Christians and churches is the same kind of nonsense that pathetic Westboro Baptist church in Kansas is involved in. They go and protest at the funerals of fallen US combat heroes because they have, in some twisted way, connected those tragedies with God judging the US for the behavior of homosexuals and for our society tolerance of them. Excuse me, but God’s judgement of mankind’s past, present, and future sins was upon Jesus at the cross — the issue of God’s judgment on people’s behavior has already been settled. God will not be judging people for adultery, homosexuality (or any other sexual perversion), pedophilia, domestic violence, theft, murder, abortion, drug or alcohol abuse, or any other such sins of the flesh, though most of these sins are indeed heinous.

What He will be judging is whether that person’s name is written in Jesus’ Book of Life because he/she has submitted to the Lordship of Jesus Christ in this life and if they haven’t, that single act will be what condemns them to an eternity of torment. And it’s this kind of theological “pig-ignorance” of the Scriptures exercised by this bunch that tars the rest of us with the brush of “judgmental”. And it’s behaviors and attitudes such as theirs that have give the homosexual community the excuse to condemn all attempts to deliver them from their situations as “hate speech”, tarring the rest of us with that same brush. But I digress yet again…

The significance of today is a celebration of the events that purchased our freedom from sin and its hold on mankind. I cannot imagine how my life would have turned out had Jesus not rescued me from the sins that held me captive and shown me a new and living way. His way works — ours doesn’t. And life throughout what we call “Western Civilization” would look a lot more like that of Iran and North Korea than what most of us consider to be “normal” without that single pivotal, historical event.

So from both a personal and a sociological perspective, that makes it a celebration worth having! 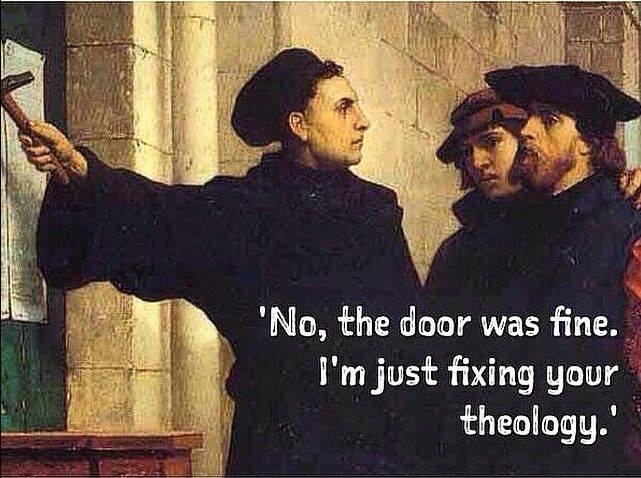 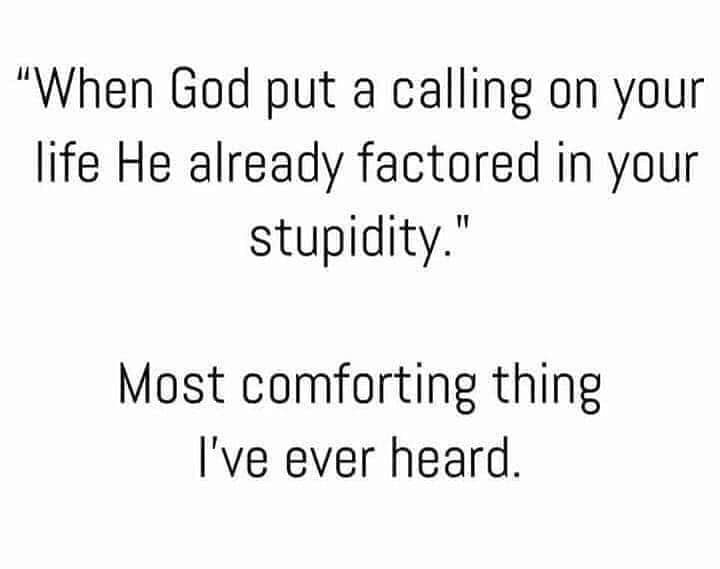