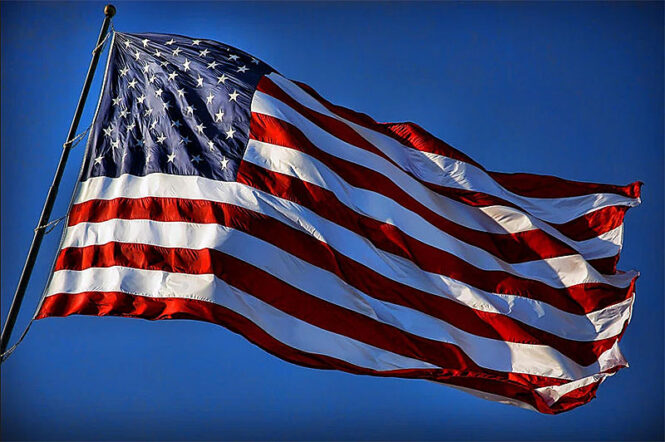 One of the things which fascinates me lately is how we Christ-followers are so double-minded about the end times.

On one hand, there are those of us who spend a great deal of time, effort, and money proclaiming we are in the closing seconds of the remaining minute of the final hour of the last days before Jesus’ return, pointing to the daily news as prophesy fulfilled (persecution of believers, earthquakes in various places, wars and rumors of wars, etc.). Yet on the other hand, many of those selfsame organizations and individuals spend a comparable amount of time, effort, and funds decrying and fighting other equally end-times-related events (the secularization of America, the marginalization of the Church in postmodern society, the rise of socialism and decline of freedom everywhere) tooth and nail.

The USA in the Last Days

This raises an obvious question: will the Antichrist arrive with a strong Christian-belief-based America in place, ready to call everything he does into question and with the financial and military might to say not only “no,” but “HELL NO!” to his efforts to unite the world under his demonic grip?

In fact, the likelihood is infinitesimally small, despite some end-times teachers’ twisting the interpretation of certain prophetic passages, trying to reassure patriotic American believers to the contrary.

But reality rears its ugly head and says the Antichrist is going to appear in a world without a United States as we currently know it, one without the political will to oppose him and/or the financial and military might to make any such opposition stick if it tried. He will find a United States which is a gutted, hollow shell of its former self, its secular-humanistic citizens having lost their national identity, their heritage, and their moral authority to exist as a free nation. This could be the result of internal issues (governmental financial irresponsibility leading to financial collapse, socialism, moral decay, etc.) or external attack (terrorism, war, etc.) or some combination of these — perhaps all of them.

I am an evangelical Christian, a staunch political conservative detesting all forms of socialism, and a Tea Party supporter opposed to all forms of big government. I am also honest enough with myself to recognize we are going to lose the battle. For the Antichrist to appear and Jesus to come again in glory to defeat him, I and others of my ilk are either going to have to be virtually gone, suppressed to the point of complete irrelevancy to this society — or absolutely gone — dead or raptured.

So I find myself in a similar position to those I described in my opening paragraphs. On one hand, I mourn the direction my beloved country is heading and hope/pray for its return to its Christian heritage according to 2 Chronicles 7:14, yet knowing in my heart that this decline is what it’s going to take for God’s plan for the final days to unfold as He has revealed in Scripture.

Not of This World 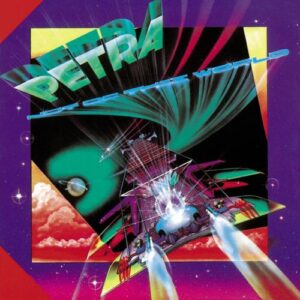 The one thing comforting me in all this are the lyrics of the Christian rock band Petra in the title song from their 1983 Not of This World album. Here is the song in its entirety plus the lyrics:

Verse 2
We are envoys, we must tarry
With this message we must carry
There’s so much to do before we leave
With so many more who may believe
Our mission here can never fail
And the gates of hell will not prevail

The Scriptural Basis for the Song

For our citizenship is in heaven, from which also we eagerly wait for a Savior, the Lord Jesus Christ Philippians 3:20

Now all things are of God, who has reconciled us to Himself through Jesus Christ, and has given us the ministry of reconciliation, that is, that God was in Christ reconciling the world to Himself, not imputing their trespasses to them, and has committed to us the word of reconciliation. Now then, we are ambassadors for Christ, as though God were pleading through us: we implore you on Christ’s behalf, be reconciled to God. 2 Corinthians 5:18-20

The words of the song’s second verse are our current marching orders. As we count down the time before Christ’s return, we need to be reaching the lost. We need to be training other believers how to do that effectively, as well. And we need to surrender this vain culture/political war being waged to stop America’s downward slide as a government and as a society and start focussing our talents, energies, and finances on what REALLY will last for eternity: human souls.

Everything else — other than the Word — is going to burn. Including the United States.

And no, Mr. Monitor Man from the NSA, I’m definitely not espousing domestic terrorism or the overthrow of the US government. This government will implode quite thoroughly without any assistance needed from the likes of me, thank you very much.

Prophesy is not advocacy.

NOTE: The musical performance and lyrics above are provided here for educational purposes only and are the intellectual property of its owners.