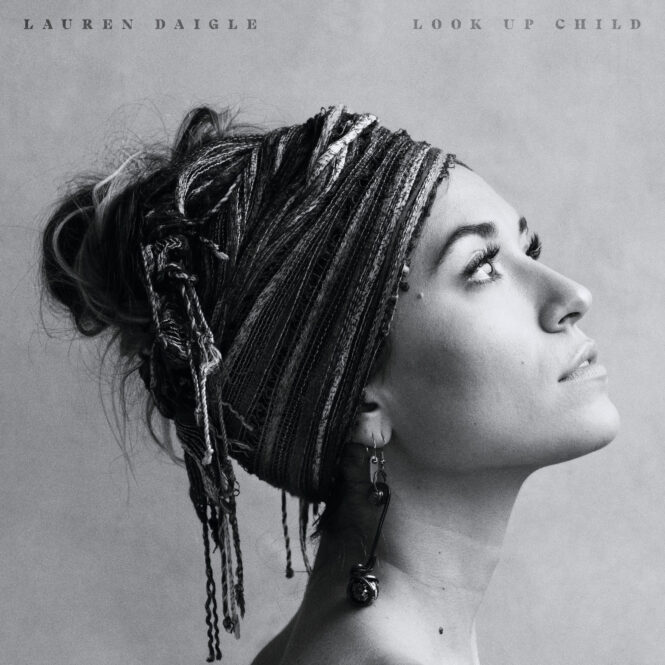 The incredible platinum-selling singer Lauren Daigle has been a relatively recent phenomenon in the Christian music industry. Entering the public eye as a 2-season American Idol contestant, since 2015 she has received multiple Dove awards and Grammy nominations for her work. Recently, she has appeared on national TV shows including The Ellen DeGeneres Show, The Tonight Show with Jimmy Fallon, Good Morning America, and Dancing With The Stars. Her most recent album, Look Up Child has been positively received by both Christians and the non-Christians alike. It has been #1 on the Christian music charts for over 18 weeks as of this writing and is ever climbing in the secular ones.

Ms. Daigle has a versatile vocal style which can in one song sound like Adel (Still Rolling Stones, for example), or Nora Jones (Rescue), and others such as Amy Winehouse, yet is always uniquely recognizable as herself. While some of her tunes are a little too modern pop for my admittedly old-school tastes, the lyrics for all her songs are pure gold. She is in the writing credits for every song on this album, so her creative fingerprints are all over its contents.

While her Wikipedia page says almost nothing about her personal history, it is obvious our talented and anointed sister-in-Christ has walked through and out of significant personal darkness by the grace of God and faith in His Word. Anyone who has overcome — or is in the midst of overcoming — depression, abuse, molestation, or rejection will immediately find solace and encouragement in many of her lyrics. I may not know her entire story, but as an abuse survivor, I can tell she is definitely someone who has been there and done that recovery-wise from something incredibly painful. 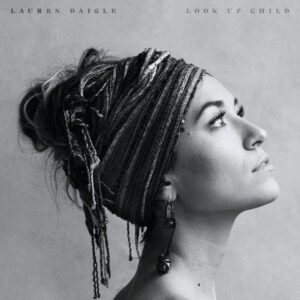 My all-time favorite song of hers is Rebel Heart, one which my wife recently described as my personal anthem. Every time I hear that piece, I am completely devastated in gratitude to the infinite and indescribable love, grace, and mercy of God towards me personally — a born-and-bred rebel — as well as towards us all.

BRIDGE
Oh take my life and let it be Yours (x4)

So as you can see, I’m a huge fan. But you can also tell from the title of this article, this is neither about this wonderful and anointed singer’s music nor how much I admire it. As you may have guessed from recent news reports, the “third-rail” in the title concerns her recent public comments concerning homosexuality.

Before I proceed further, let me be perfectly clear on where I stand with this issue:
There exists no combination of persons and/or circumstances and/or cultural norms which makes any sexual activity outside a monogamous, heterosexual marriage OK with God, period, finito, end-of-story. That is what the Bible teaches, plain and simple.

The current Hollywood trend to ensure almost every episode of almost every series or movie portrays homosexual conduct as emotionally and socially normal, acceptable, and proper constantly grieves my spirit. They are attempting to duplicate how they so successfully — and rightfully so in that particular case, I might add! — mainstreamed racial integration via the media. We are far removed from the daring and then-provocative first-interracial-on-TV kisses between a white woman (Lucille Ball as Lucy) and a Hispanic man (Desi Arnez as Ricky) in I Love Lucy and a black woman (Nichel Nichols as Lieutenant Uhuru) and white man (William Shatner as Captain Kirk) in the original Star Trek. These days you can readily find a host of minority-centered series and movies as well as multiple other series and movies where interracial romances and marriages are as ubiquitous as sand on the beach.

To a person totally committed to the concept of interracial marriage as I am (I’m married to a beautiful and godly Filipina), this is great stuff! And all of that is totally scriptural because the NT is ethnically color-blind; Jesus came, died, and was resurrected for ALL human beings regardless of race, color, or ethnicity. But I digress…

However, homosexuality is an entirely different kettle of fish. I’ve addressed what the Scriptures say on the topic of homosexuality rather thoroughly elsewhere on Miscellaneous Ramblings, so I need not re-address the issue from that perspective. What I do want to address here is the culture war between militant homosexuality and Christendom in which we are currently immersed.

The first controversial thing Lauren did was appear on the Ellen show and sing Still Rolling Stones. Lauren sang that particular song at Elenn’s specific request and there was no interview before or after her performance. Despite Ellen DeGeneres being a well-known lesbian, in my humble opinion Lauren’s appearance should not have been controversial in the slightest. The fact that Lauren sang a clearly Christian song on the most widely watched television show currently airing, declaring the Gospel for all to hear, should have been celebrated — and by many, it indeed was.

But Christendom (the institutionalized expression of Christianity) with its Internet trolls just had to rear its ugly head and again tarnish the cause of Christ once more by being publicly judgmental in social media, collectively asking the religious equivalent of “How could you!?”

Lauren’s response was both incredibly wise and right on the money scripturally:

I don’t have all the answers in life, but one thing I know is that I can’t choose who I’m supposed to be kind to and who I’m not, because that’s the mission, right? Be who Christ was to everyone, as well.

A short time after her Ellen appearance, Lauren appeared on The Domenick Nati Show on the iHeartRadio platform, Nati deliberately posed a difficult question to her. Toward the end of the interview, Nati warned Daigle that he typically poses some tough questions to his interviewees. He asked, “Is that all right if I ask you just a couple ones that are tougher and you can let me know if you want to answer them?”

After Daigle agreed, Nati asked if she believes homosexuality is a sin. Daigle responded she can’t “honestly answer” because many people she loves are gay. When people ask her that question, she usually encourages them to study the Bible and come to their own conclusions. Daigle added, “And when you find out, let me know, ’cause I’m learning too.”

Of course, her comments broke the Internet — the part occupied by the trolls of Christendom, that is. Let’s unpack and analyze her response:

In summary. Lauren appears to be all about preaching Good News and not at all about judging others who don’t agree with it. Sounds remarkably like a certain Lord and Savior I know!

So what would have happened if she had kowtowed to the trolls and publicly stated homosexuality as a sin? The trolls would have loved her — at least until she said something else later to offend their delicate religious sensibilities — but she would have alienated a huge body of gays and non-Christians who love her music and they would never have listened to another word she ever said.

What would have happened had she simply told the show host that her opinions were none of the public’s business or words to that effect? Both sides would have branded her has a coward.

It was a lose-lose situation.

As much as I abhor homosexual behavior and detest the alphabet mafia for their persecution of Christians, one thing I am not allowed to do is point the finger at them and judge them as being “less-than.”

Body of Christ, that goes for the rest of you, too!

Truth be told, a lot of the persecution we experience at that hands of those folks could have been easily avoided had we not jumped on Anita Bryant’s anti-gay bandwagon back in the 1970s, publicly condemning and shaming gays in the public square, not to mention all the callous comments over the years about AIDS/HIV being God’s judgment on gays.

Our Good News of the self-sacrificing love of God as expressed in the Person of Jesus Christ has been tarnished by our collective judgmental discourse and rude behavior for far too long, Church! We are indeed NOT permitted to choose who among the lost we are to love nor are we permitted to judge those among us who struggle with same-sex attraction.

If a believer’s same-sex attraction leads to homosexual acts or such a lifestyle, church leadership is supposed to compassionately reach out with the intent of restoring that individual to wholeness, with excommunication used only as a last resort if they refuse to repent. But same-sex attraction in and of itself is not a sin — it only becomes a sin when acted upon, just like finding a member of the opposite sex attractive doesn’t become sinful until an act of fornication or adultery is committed.

Here is the fact of the matter: the only cure for homosexuality is the New Birth, period. Only Jesus can provide the kind of healing required for that challenge. Once any person — gay or straight — surrenders to Christ’s lordship and is born from above, the Holy Spirit immediately inhabits their physical bodies and immediately begins setting that person free from the inside out. The $10 theological term for that process is “sanctification” and no believer is beyond its supernatural power to cleanse, heal, and deliver.

Here is its corollary: we have so alienated the LGBT community with our judgmentalism that almost all of them see us as religious bigots who hate them and our Good News of Christ is considered to be hate speech.

Quite a conundrum, isn’t it?

I know several ministers — myself among them — who spend some serious and prayerful thought time about how to effectively reach the LGBT community with the Gospel while remaining consistent with what the Word says on the issue. Lauren Daigle appears to have a unique opportunity to do precisely that through her incredible artistic gift.

I wish her godspeed in both her career and her ministry.