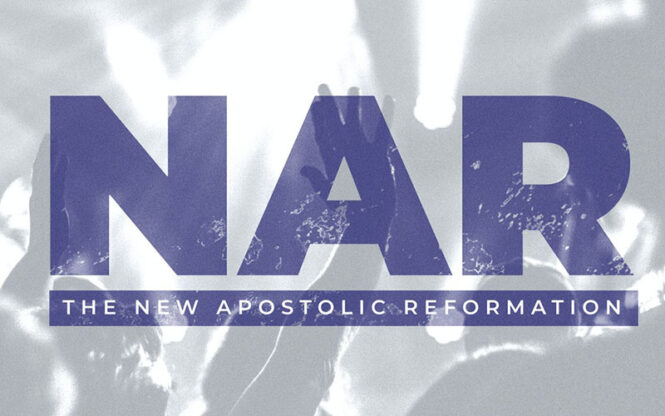 The New Apostolic Reformation (hereafter “NAR”) is a current movement within the charismatic community and is quite controversial. The volume of hostility towards those who teach and adhere to the principles espoused by this group is astonishing. The primary visible expression of the NAR within the US is Bethel Church in Redding, California.

Entire groups on social media are devoted to debunking the NAR and refuting its teachings. The degree of vitriol exhibited within these groups defies description. Regardless of the NAR’s merits — or lack thereof! — most of the comments in such groups are made by Internet trolls exhibiting huge amounts of spiritual angst coupled with a cursory level of scriptural literacy. In other words, they tend to be heavy on hysterical hyperbole and light on biblical scholarship!

My only direct contact with the NAR as been through a book written back in the mid-1990s by one of their leaders, a book which has profoundly impacted my life for the better. Who I am as both as a Christ-follower and a minister today are a direct consequence of this book’s influence at a critical juncture of my life.

This book notwithstanding, I’ve felt my ignorance of what the NAR actually stands for — rather than what others had accused them of — and whether it all measured up to Scripture was too profound to allow intelligent comment on my part publicly. As a result, I have remained silent.

All this changed recently when a Christian apologetics group I belong to on Facebook posted a YouTube video wherein a South African Christian educator was discussing the NAR with an author named R. Douglas Geivett who has written one or more books on the topic. In that video, a calm, rational discussion on the NAR actually took place, which was impressive in and of itself. Out of curiosity, I watched it all the way through. I was impressed with — and thankful for! — Brother Geivett’s refraining from tarring all charismatics and Pentecostals with the same brush, a distinction which is rarely made in the aforementioned groups devoted to refuting the NAR.

One of the other group members asked me to weigh in on what was said in the video because I’m known to be a charismatic minister. I felt led of the Spirit to repeat those comments in this article for your benefit.

The video is available for your viewing pleasure below. If the embed link does not work for you for whatever reason, you can view it here.

NOTE: If you don’t watch the video, my comments which follow will seem disjointed.

Here are my comments addressing points Geivett makes in the order they are discussed in the video. As you will see, for the most part I agree with him.

While there are more than a few concepts and practices inherent to NAR teaching which are questionable at best and spiritually dangerous at worst, nothing I have heard about them thus far meets the criteria for being heretical.
As I have established elsewhere here on Miscellaneous Ramblings, a heresy is defined as a contradiction or negation of essential Christian doctrine, to wit those doctrines which define the very fabric of Christanity (you can read our Statement of Faith to discover what they are, if you don’t already know).

My assessment may change as I acquire more knowledge, but for now, that’s where I stand.

In conclusion, I cannot and will not endorse the NAR nor would I join an NAR church because of the many issues I have with their teachings, especially those smacking of New Age/occult activity.

NOTE: I will update this article as new information comes to my attention.

2 thoughts on “The New Apostolic Reformation”