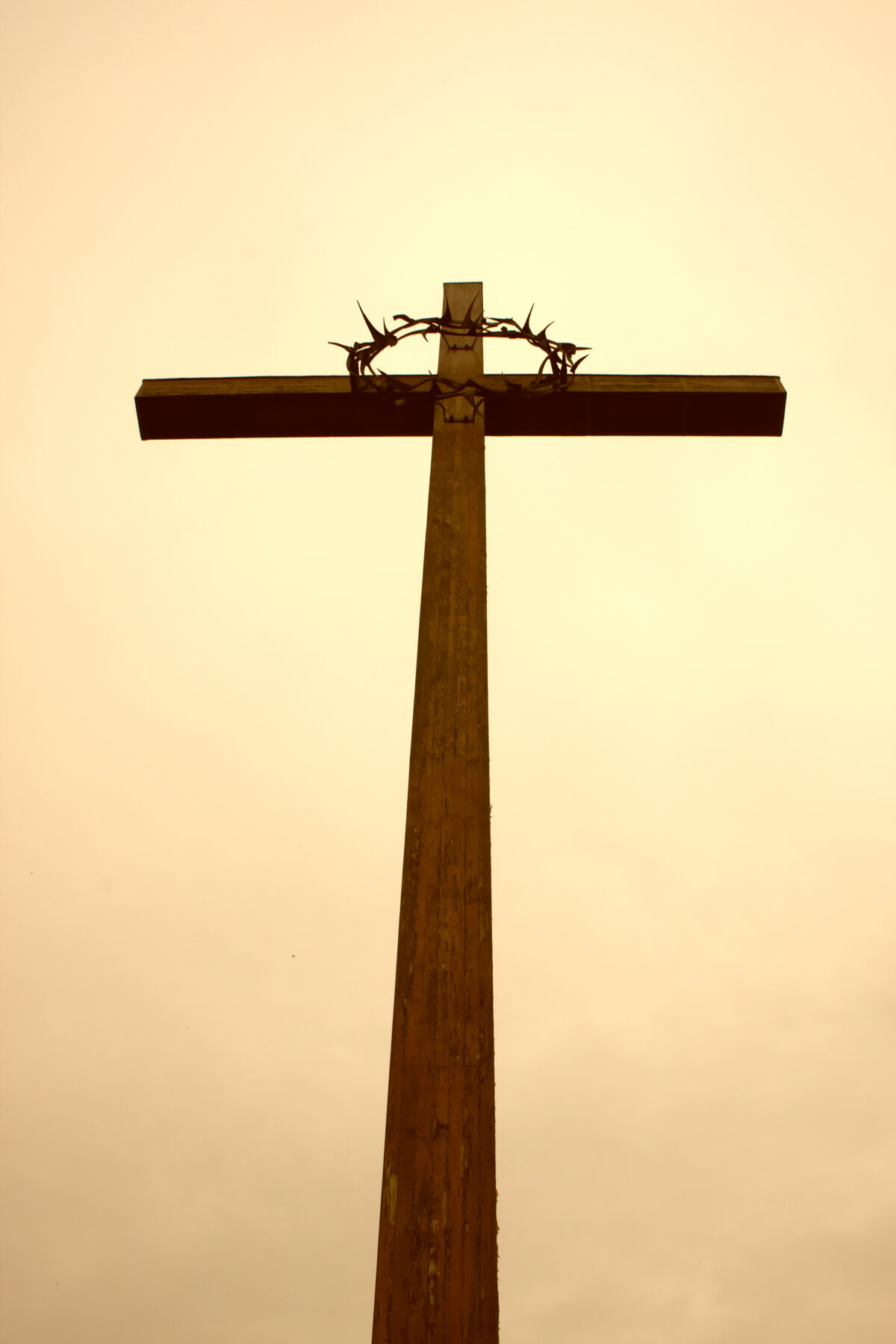 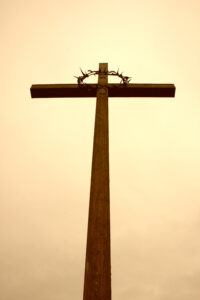 These words came out of my mouth as I was complimenting my pastor and friend Ron Merrell on a well-delivered, highly anointed, and otherwise awesome sermon and he quickly agreed with me.

Since the thought as such had never crossed my mind up to that point in the almost 40 years I’ve been a believer, I can only attribute it to the Holy Spirit, not to mention that such profundity is beyond my capabilities apart from Him. Why do I say “profound?” Funny you should ask that because that’s why I’m writing this article! 🙂

Our Vertical Relationship: Us with God

There have been some people throughout history who have espoused the heretical idea that Jesus never intended to be crucified, that He was supposed to have remained alive and screwed up somehow by getting Himself killed. Nothing could be farther from the truth! Jesus very deliberately chose to follow God the Father’s perfect plan for removing our sins and purchasing our salvation through the shedding of His own blood. There were no accidents, no mistakes!

It is Jesus’ finished work of the cross that bought us everything God has promised us as believers:

Our Horizontal Relationships: Us with Us

Anyone who has been around denominational Christianity for very long has heard sermons on us bearing our respective crosses and how we must die to ourselves, crucifying our lusts and sinful passions, in order to follow Christ.

Hopefully, those sermons have included the fact that we cannot do this in our own strength and ability, using our own limited understanding and perceptions, and how we absolutely must depend upon God for His limitless grace and mercy to pull it off. Without God’s grace, it all quickly turns into legalism and dead religious works as we try to please a holy God Who cannot be pleased by our self-originated efforts, but is immensely pleased by us placing our faith in Him to guide, encourage, provide, forgive, and empower us, as well as allowing Him to comfort us when we are in pain or sorrow.

Such teachings are incredibly important.

Most importantly, because Jesus said so! Repeatedly.

Throughout the Gospels, He calls us to take up our crosses, lay down our lives, and follow Him.

Why? Because it’s the only way that we can truly operate in the Law of Love. Jesus told us that, second only to loving God Himself, we are to love one another as He loved us. How did He love us? He died for us, putting our interests and welfare above His own, enduring the shame and torture of both a horrific flogging and crucifixion to ransom us from sin, sickness, poverty, and death. He set that example for us in every way and calls us to follow suit in imitation of Him in our daily relationships with God and other humans.

When we lose sight of the cross, we start getting into trouble, maybe not initially, but absolutely inevitably, whether it’s starting to believe our own press releases, or taking God and/or our loved ones for granted, or simply giving into whatever pernicious sinful stronghold is the bane of our daily existence.

Losing sight of the finished work of the cross also leads us become puffed up and start judging others who we view as “less than.” Why is that? Because the ground is always level at the foot of the cross! There is NO moral high ground anyone can take because such ground is simply non-existent — we all are sinners (before our salvation), we all are undeserving of God’s favor, and we all deserve to fry in Hell because frankly, we are all colossal screw-ups (Romans 3:23)!

From the most moral to the most vile, none of us can point the finger at another and say, “You’re bad and I’m not!” like that ignorant-of-the-Scriptures, totally misguided Westboro Baptist cult in Topeka, KS do, so-called believers who are the source of such vitriolic hate speech and behavior that it defies comprehension and tarnishes true Christianity in the minds of the lost with their hatred. But don’t get me started…

One of the BIG problems in the Body of Christ today is that so many believers are extremely sin-conscious. They are this way because of some bad theology that came down the pike a few centuries back. That theology claimed that though we are saved by grace, we are never any better than hopeless sinners. This idea flies completely in the face of solid evidence to the contrary found in the New Testament.

Yes, we WERE sinners and hopelessly enslaved to our inescapable selfishness, but God performed the “Divine Exchange” upon our conversion, imparting to us His own righteousness, making us spotless and without blemish before the Father. We now stand before God by the blood of Jesus and the finished work of the cross and nothing else. Yes, we have a sinful flesh that tries to drag us back into our old ways and tends to corrupt our thinking when we least expect it, but the Holy Spirit (God Himself) lives on the inside of us, guiding and empowering us to overcome that nature.

Because sin-conscious believers think the Christian life is all about sin management, they are constantly focussed on their own self-perceived poor behavior against the standards they read out of the Bible, rather than keeping their eyes focussed on Christ, “the Author and Perfecter of our faith,” and allowing Him to change them from the inside out. They completely lose sight of the fact that it is Christ’s resurrection that gives us the hope of victory over sin, death and makes our crucifixion of selfishness possible. As Paul said:

For if the dead do not rise, then Christ is not risen. And if Christ is not risen, your faith is futile; you are still in your sins!…If in this life only we have hope in Christ, we are of all men the most pitiable. 1 Corinthians 15:16-17,19

And when He (the resurrected Christ) had said this, He breathed on them, and said to them, ‘Receive the Holy Spirit.’ John 21:22

Do you not know that you all are the temple of God and that the Spirit of God dwells in you? 1 Corinthians 3:16

To them God willed to make known what are the riches of the glory of this mystery among the Gentiles: which is Christ in you, the hope of glory. Colossians 1:27

The power of the resurrection frees us from the fear of death & as a result, everything else

O Death, where is your sting? O Hades, where is your victory? The sting of death is sin, and the strength of sin is the law. But thanks be to God, who gives us the victory through our Lord Jesus Christ. 1 Corinthians 15:55-57

Inasmuch then as the children have partaken of flesh and blood, He Himself likewise shared in the same, that through death He might destroy him who had the power of death, that is, the devil, and release those who through fear of death were all their lifetime subject to bondage. Hebrews 2:14-15

…For He Himself has said, ‘I will never leave you nor forsake you.’ So we may boldly say: ‘The LORD is my helper; I will not fear. What can man do to me?’ Hebrews 13:5b-6

The power of the resurrection heals our physical bodies

The power of the resurrection is what the Apostle Paul sought to know, rather than depending upon dead religious works

…that I may know Him and the power of His resurrection, and the fellowship of His sufferings, being conformed to His death… Philippians 3:10

The power of the resurrection energizes our witness

…and declared to be the Son of God with power according to the Spirit of holiness, by the resurrection from the dead. Romans 1:4

And you, being dead in your trespasses and the uncircumcision of your flesh, He has made alive together with Him, having forgiven you all trespasses, having wiped out the handwriting of requirements that was against us, which was contrary to us. And He has taken it out of the way, having nailed it to the cross. Having disarmed principalities and powers, He made a public spectacle of them, triumphing over them in it. Colossians 2:15

Now thanks be to God who always leads us in triumph in Christ, and through us diffuses the fragrance of His knowledge in every place. 2 Corinthians 2:14

The power of the resurrection gives us the hope of heaven

Blessed be the God and Father of our Lord Jesus Christ, who according to His abundant mercy has begotten us again to a living hope through the resurrection of Jesus Christ from the dead. 1 Peter 1:3

So, like many other concepts of Christianity, we Christ-followers must live in a balance, a dynamic tension if you will, between two concepts: the cross and the resurrection. There are ditches on either side of that road; it is God’s grace, wisdom, and love which will keep us centered where we belong.