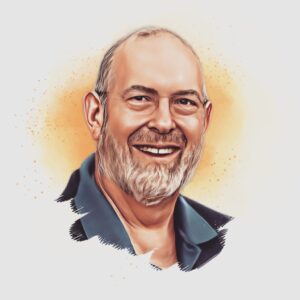 My name is Steve Willis.

I am privileged and called to be the founder and managing editor of Miscellaneous Ramblings. We’ve been live since late 2010.

I am an ordained minister of the Gospel of Jesus Christ and have been a believer for over 45 years as of this writing. I’m an experienced addictions and abuse counselor, jail minister, and teacher of the Word. I have earned a Doctor of Ministry in Theology in August 2014 and a Ph.D. in that same discipline in July 2019.

My family background on my mother’s side reads like a history of the Wild West in El Paso, Texas and Southeastern New Mexico while my dad’s story reads like a history of pre- and post-statehood Oklahoma as well as Oregon. My maternal grandmother’s parents actually knew Pat Garrett, the sheriff who killed Billy the Kid. My paternal grandfather and his brothers were involved the Oklahoma land run depicted in the Tom Cruise movie “Far & Away.”

I was baptized as an infant at St. Paul’s Lutheran Church, the first Lutheran church ever founded in El Paso. My great-grandmother, a Swedish immigrant, was a charter member of that church — my grandmother, mother, half-sister, and I were all baptized as infants there. My religious life was steeped in Lutheranism for my entire youth — we were active in each of the 4 churches our family belonged to.

After a childhood and adolescence filled with bullying (physical and verbal abuse) at the hands of school administrators/teachers and peers, I enlisted in the US Army a few of months after graduating high school. About a year later while stationed in what-was-then West Germany, I was confronted with the claims of Christ on my life for the first time by a fellow GI named John Little, biblical truths I had never encountered during my Lutheran upbringing. In November 1973, I submitted my life to the lordship of Jesus and was born from above.

My primary early Christian discipleship influences were The Navigators and Youth With A Mission, along with John Little, Colonel Hedrick (a Spirit-filled army chaplain), Jim Albert, Gene Billingsley, David Cox, and other godly friends who loved me when I was a total wreck and compassionately spoke Truth into my life when I needed to hear it. Shortly after my discharge from the army in 1975, I was baptized in the Holy Spirit and spoke in tongues for the first time. Though I have been a member of several churches affiliated with various denominations over the years, the bulk of my Christian experience has been in non-denominational charismatic settings. 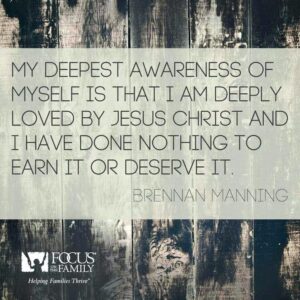 None of those 45+ years have easy or trouble-free neither were they a continual tale of woe. I’ve fathered a beautiful and talented daughter, adopted an handsome and talented son, had an amazing career as an IT professional and graphic/web designer, survived cancer, earned advanced college degrees, and become a published author. I’ve also been homeless twice, divorced and remarried twice, and overcome a spiritually debilitating addiction to pornography.

The constant theme running through it all, however, has been the amazing, awesome, and indescribable grace, mercy, lovingkindness, generosity, and power of Jesus Christ. As Dr. David Livingston of “Dr. Livingstone, I presume?” fame once said:

All that I am I owe to Jesus Christ, revealed to me in His divine book.
Dr. David Livingston

A church is supposed to be a spiritual hospital where broken people gather to worship the One Who died and rose again to unbreak them, receive the love, grace, and Truth they need to become less broken, and the training needed to effectively minister life to other broken people, both inside and outside its walls.Dr. Steve Willis

I’m one of the least religious people you will ever meet.

I detest religion, the dead religious works it demands, and all of its other trappings.

Though I firmly believe and teach all the core doctrines of Christianity, I stand apart from the pervasive stereotypes of what most folks — secular and Christian alike — assume a Christian is and should be, believe and not believe, and stand for or against in the marketplace of ideas and popular culture. While I’m an active member of a local church, I owe zero allegiance to any of the current schisms within the Body of Christ — only to the Word of God, both Incarnate and written.

Jesus the Radical is my Lord and Example.

He stood in loving opposition to everything the culture, society, governments, and religious establishments of His day deemed normal, proper, and correct while demonstrating compassionate mercy to the marginalized and healing the sick and wounded.

As a radical, I believe the Church’s calling is to be culturally relevant, not culturally compliant. We are called to be counter-culture revolutionaries in the same way Christ-followers operated for the first 300 years of the Church’s existence. Jesus calls us to be salt and light, not chameleons. In other words, we’re supposed to be transforming our societies and cultures by our loving witness, not conforming to it in a misguided craving for social respectability.

I am convinced much of what the world system derisively dismisses as Christianity has so repelled the unsaved and marginally churched they have thrown away the Truth-of-the-Gospel baby with the barren-doctrines-of-men bath water. They cannot see the real Jesus because our religious baggage is obscuring their vision of the only Way, the only Truth, and the only Life. 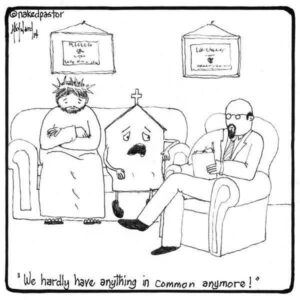 Until and unless we ruthlessly root out man’s religion — along with its shame-based performance mentality and heretical portrayal of God as a cosmic child-abuser — from our beliefs and return to the purity of the Word, the love of God, and our freedom in Christ, the worlds’s devolution into religious, political, and economic chaos will continue unchecked, needlessly consigning untold millions to suffer lives of “quiet desperation” eventually leading them into eternal fire.

Why? Because our salt has become tasteless and our light has become hidden under a traditions-of-men bushel.

While I am a firm believer in the local church, much of the trappings found in today’s denominations and churches are holdovers from a day long past — a day never to return, I might add. America is currently a post-Christian nation, regardless of how godly our Founding Fathers may have been.

Welcome to the Last Days!

As the late Keith Green once sang, we’ve been “asleep in the light” for way too long. I believe it’s time for the Body Of Christ to return to the “really old days” of being the counter-culture influence portrayed in the Book of Acts and lived out in the first 300 years of the Church’s existence. We should be reaching the world on that basis, instead of lamenting our waning influence in the marketplace of ideas, trying to hang on tooth-and-nail to a time when Christ-followers were respected members of society rather than marginalized as kooks and weirdos.

The disastrous consequences of all this are being seen throughout our post-modern society. The vast majority of the US lacks the moral compass this nation was founded upon. This has opened the door wide for attacks of the enemy as witnessed by 9/11, the Boston Marathon bombing, mass shootings, frequent riots, daily hate crimes, rapidly growing anti-Semitism, persecution of Christians and Jews, and the almost-daily ethical/moral failures of our governmental and church leaders. Our country appears to be rapidly devolving into a diseased, empty husk of its former self.

Despite the valiant efforts of various godly leaders, our country flounders about on the world stage while locked in a no-holds-barred cold-civil-war between the powers of darkness and the Kingdom of God battling for the soul of America. Satan seemingly dominates both mass and social media as well as pop culture to the point where it appears to be a hopeless battle already all but lost.

The entire world is suffering for it.

The Good News is this: 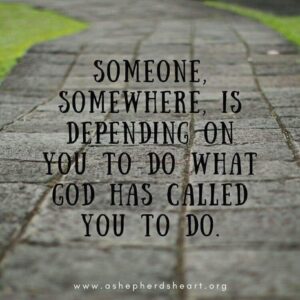 Or to paraphrase the Apostle John: Greater is He Who is in us than he who is in the world!

Time is short and we need to be living deliberate lives of submission the Most High, doing whatever it is He has for us to do in these Last Days “with our might” as well as in the power of the Holy Spirit. If we are found doing so when He returns, we’ll each hear those coveted words:

This list has been moved to the Steve’s Picks section of the Miscellaneous Ramblings bookstore. 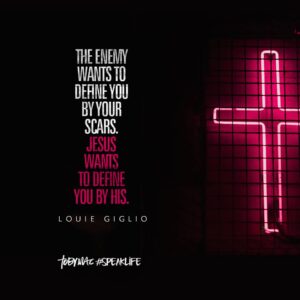 We are set free by the Word of God empowered by the Spirit of God in the context of the people of God.Drs. Henry Cloud & John Townsend, Christian psychologists, counselors & authors

There are very few people who realize what God would make of them if they abandoned themselves into His hands and let themselves be formed by His grace.Ignatius of Antioch, third Bishop of Antioch and student of John the Apostle

Custom without Truth is error grown old.Tertullian, early Christian apologist, aka “The Father of Western Theology”

It is impossible to boldly claim by faith a blessing which we are not sure God offers, because the blessings of God can be claimed only where the will of God is known, trusted, and acted upon.T. L. Osborn, missionary evangelist

What is right is not always popular and what is popular is not always right. supposedly Albert Einstein, renowned theoretical physicist, Nobel prize winner, conceptual father of atomic fission, violinist

I believe in Christ like I believe in the sun, not because I can see it, but by it, I can see everything else.C. S. Lewis, philosopher, theologian, university professor, author, radio personality

Of all tyrannies, a tyranny sincerely exercised for the good of its victims may be the most oppressive. It would be better to live under robber barons than under omnipotent moral busybodies. The robber baron’s cruelty may sometimes sleep, his cupidity may at some point be satiated; but those who torment us for our own good will torment us without end for they do so with the approval of their own conscience.
C. S. Lewis, philosopher, theologian, university professor, author, radio personality

The true soldier fights not because he hates what is in front of him, but because he loves what is behind him.G. K. Chesterton, author

Men sleep peacefully at night because rough men stand ready to do violence on their behalf.George Orwell, author

To follow the path that others have laid before you is a reasonable course of action. Therefore, all human progress is made by unreasonable men.Adam Savage, former co-host of Mythbusters

In theory, there is no difference between theory and practice, but in practice there is.Yogi Berra, baseball legend