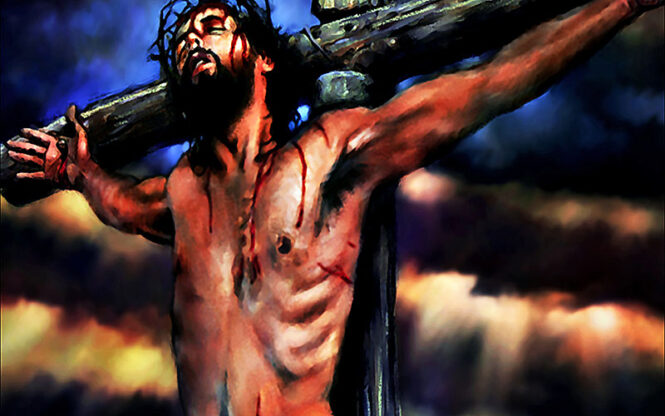 In their intellectual ignorance of world religions, they hold true the fallacy that “all religions are created equal”. In their intellectual dishonesty, they cling to the equally fallacious notion that religion is something people add to their lives to become better people, but none of it is truly a necessity. The operative word is here is “add” — to them, religion is something to add on to their existing lives, rather than submitting to the actual teachings of a religion and ordering their lives accordingly. They consider the religious world as a cafeteria of ideas: as they move down the line, they get to pick what concepts — and from what religion those concepts are derived — end up on their trays.

And even those concepts they choose are rarely, if ever, allowed to actually change the course of their lives in any meaningful way — they consider anyone who actually believes that strongly in their particular religion to be “fanatics”, unless that religion presents no threat to their intellectual and physical comfort zones, such as Buddhism and other non-aggressive (in their eyes) belief systems. In other words, it’s all about them and what they want to believe. The idea that a righteous God has reached out them on His terms rather than their own is a scary — if not outright alien — concept to them.

Pastor Tom Mercer of the High Desert Church in California stated in the foreword of his excellent book Oikos that we human beings have been at war with God ever since the Fall of Man and have been trying to make peace with Him from then until now. The sticking point in the negotiations is that He steadfastly refuses to accept our terms for His surrender. Truer words have never been spoken by any human who isn’t Jesus!

Liar, Lunatic, or Lord of All?

To distance themselves from the claims of Jesus on their lives, theological and political liberals tend to blindly mouth one particularly offensive — and again, intellectually dishonest — concept. That concept is that Jesus was merely a “good teacher” or a “great philosopher” or some other equally demeaning and dismissive term.

Unfortunately for them, as C. S. Lewis once taught on this very topic, Jesus forever eliminated our ability to classify Him as a “good teacher” by declaring Himself to be God Almighty in human form on multiple occasions throughout the Gospels. That leaves us with 3 alternatives:

So as Lewis put it, Jesus is either liar, lunatic, or Lord of All. “Good teacher” is not an available option!

Some of you have listened to the Discovery and History Channels’ and especially NatGeo’s pathetic attempts to portray Jesus as the first on this list. Dan Brown does much the same thing his book The Da Vinci Code. The interesting thing is that what these folks all conveniently ignore is that the sources of their so-called “facts” about Jesus come from extra-biblical accounts that were rejected as unscriptural by the early church and fly in the face of hundreds of years of expert analysis debunking them. Again, if liberals can deflect the claims of Jesus by attacking the historical accounts of His life and teachings, they no longer have to deal with His claims on their lives.

The fact of the matter is this: 10 of the original 12 disciples (all of whom were men who had lived with Jesus continuously for just over 3 years) plus the Apostle Paul were executed for their professions that Jesus is indeed God and that He was raised from the dead. According to biblical accounts, over 500 people witnessed the resurrection of Christ and many of them were put to death for their own refusal to recant their testimony of this world-changing historical event.

People do not willingly go to their deaths for something they already know to be a lie.

Some of you might be contesting the idea itself that Jesus declared Himself to be God. You wouldn’t be the first person of such a mistaken persuasion I have run across and my last encounter with someone who held that opinion caused me to do some serious Bible research to come up with some definitive answers which are truly unassailable biblically and intellectually. So here they are!

In each case, I have listed the Bible passage, then summarized the event described therein. In the section on fulfilled Old Testament prophesies, I have listed both the OT prophesy and the record of its fulfillment in the NT.

Jesus Repeatedly Declared He is God Throughout His Ministry:

Jesus Declared He is God During His Trial Before the Sanhedrin

All three accounts bear witness to the fact Jesus was sentenced to death by the Sanhedrin for sole reason that His declared Himself to be God in their presence. No other charges would stick because all were based upon false accusations.

So as you can see, there is a wealth of evidence of the Bible clearly stating that Jesus was and is “God in sandals” and leaves no room for any other interpretation of the matter. So we are left with 2 choices:

There is no middle ground!

6 thoughts on “Jesus is God”