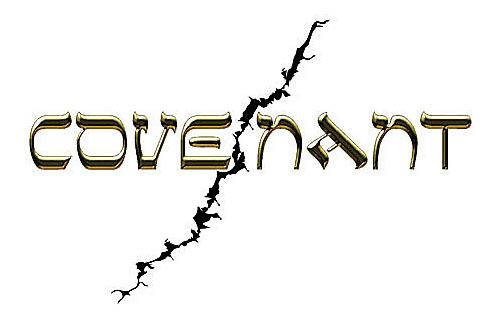 In my last post, we discussed the concept of blood covenant and the positive aspects of it. In this one we’ll touch on the negative ones.

The downside of a covenant is the penalty of breaking one is death.

A covenant breaker is mentioned throughout Scripture as a person who is the lowest of the low, one who is worthy of the harshest of judgments. That is why we see repeated instances of these kinds of judgments being levied upon the Israelites whenever they decided that some wooden, stone, or ceramic image or natural force was worthy of worship instead of Almighty God -OR- whenever they took a dislike to whoever God had placed in charge at the time.

But even in these instances, God showed abundant mercy. In every case, He gave them repeated opportunities to repent of their idolatry and rebellion and return to Him.

As 1 John 4:8,16 proclaims, God is love. For some unfathomable reason that still causes those of us who believe to stand in total awe of Him, God really, really, REALLY loves us screwball human beings.

Because of His infinite mercy, He takes an incredible amount of crap off of us in His efforts to bring about reconciliation. It’s not like He actually needs us because He has no needs — He is completely Self-sufficient and all His needs are met within Himself. But He goes to these extraordinary lengths to reach out to His creation because He is deeply, totally, and enthusiastically in love with each and every human being on this planet!

God’s #1 goal, His top priority is is bringing glory to Himself. He does this by reconciliation between Himself and mankind as well as between human beings, as well as physically healing us. He could have just written off mankind after the fall of man in the Garden of Eden and saved Himself an infinite amount of heartache resulting from the rejection and sin of gazillions of people. Yet time after time in the Bible, we see Him extending opportunity after opportunity for people to turn to Him and away from their rebellion.

When the children of Israel were delivered from the oppression of Egyptian slavery, He was responding to covenant, His covenant with Abraham that we discussed in my last post. Abraham’s descendants were suffering in bondage (God had actually prophesied this hundreds of years before to Abraham in Genesis 15:13-14), so God raised up an unlikely leader named Moses to be His instrument to set them free.

Along the way, though God was judging Egypt for their idolatry and oppression of Israel, He gave Pharaoh ten opportunities to repent and set the Israelites free. Each of the plagues was a simultaneous demonstration of His supreme power and the powerlessness of the so-called gods held dear by the Egyptians. At any time, the pharaoh could have said, “OK, OK, I can take a hint!” and called it a day. But his stubbornness ended up costing him the life of his firstborn and the firstborn of every human and animal parent in Egypt. Eventually, his ego cost him his life and the lives of his entire army in the Red Sea.

When the children of Israel were finally released, God essentially told them, “Such a deal I have for you! Trust and obey Me and I’ve got this great crib lined up for you where there’s an abundance of everything you’ll ever need or want.”

Not only were they set free, but the Egyptians literally paid them to leave by giving them all the gold, silver, precious jewels, and fabrics, etc. they had — simply for the asking! (where else do you think a bunch of impoverished ex-slaves got all the bling to build that big, fancy tent and its furniture out there in the desert or that golden calf at Sinai?). This was also prophesied by God to Abraham 400-odd years prior to that in Genesis 15:13-14, by the way.

However, once they got to their first faith challenge at the banks of the Red Sea, their response was, “You just brought us out here to die!” (or words to that effect) rather than proclaiming God’s faithfulness as proven by His delivering them from Egypt. God supernaturally intervened and delivered them (you know the story: Moses raises stick, God parts sea, Israel crosses on dry land, Pharaoh and his army stupidly follow them into parted sea, God un-parts sea, Egyptian army takes terminal swimming lesson. Film at 11!). Afterwards, the Israelites partied down on the other side, praising and thanking God.

A few days later, they ran into a spring with poisonous water. Instead of turning to God and declaring, “God you delivered us from the Egyptians twice, so if you can do that, you can fix this water problem for us.,” they repeated their earlier response of “You just brought us out here to die.” God supernaturally cleaned up the water supply and promised them:

If you diligently heed the voice of the Lord your God and do what is right in His sight, give ear to His commandments and keep all His statutes, I will put none of the diseases on you which I have brought on the Egyptians. For I AM the Lord who heals you.Exodus 15:26 (emphasis mine)

Next, they ran short of food. Again, instead of trusting the Lord, they repeated what was rapidly becoming their mantra: “You just brought us out here to die.” He gave them manna to eat.

This process continued over a period of weeks. In each case, the Lord allowed them to experience a situation where they had to trust Him for the solution, and in every case, they responded in unbelief with the same old words, “You just brought us out here to die.”

Finally, when they responded in the same manner to the reports of the spies sent into the Promised Land, God essentially said, “Ok, that’s it! I’m done! According to your own words be it done to you: you will die in this wilderness and the next generation will inherit the land instead of you!”

Yet even in carrying out this judgment on them, the Word says their clothes and sandals didn’t wear out for the next 40-odd years and He continued to daily provide manna for their food, etc.

Lest any of you possibly cop a ‘tude towards Jews over this or any other matter reported in the Bible, Gentiles have done no better! They’re just as thick-headed and stiff-necked as we were!

What we do instead of openly rebelling and accusing God of trying to kill us is this: we construct elaborate doctrinal excuses for our lack of faith in God’s Word, then blame God for our trials and calamities as some “higher good.” We thus excuse ourselves from our God-mandated responsibility for claiming His promises by faith to overcome those trials. So instead of saying “God just brought us our here to die!” we piously say, “God’s thoughts and ways are higher than ours and he brought us out here to suffer so He could teach us how to be humble/trust Him more/etc.”

The guy who came up with such drivel was a reformer named John Calvin. His system of theology is called Calvinism. He got much of it from the writings of a guy named Augustine. Catholicism also got infected with several of the same Augustinian doctrinal diseases.

Next, we’ll tackle the subject of God’s Word and His promises.