Recently, a fellow-church member — who also happens to be the retired founding pastor of our church and had read some of my articles here — labelled me a “theologue.” When we discussed what he meant by the term, he made the following points:

END_OF_DOCUMENT_TOKEN_TO_BE_REPLACED

In May of 2020, those of us involved with Christian apologetics — whether peripherally as I am or vitally as the major focus of our ministries — mourned the untimely passing of a giant in that theological discipline, Ravi Zacharias. 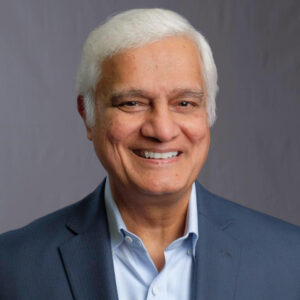 I have always looked up to that man as a hero of the faith, the personification of what a Christian minister is supposed to be and how to act in the face of strident opposition and the public ridicule of our faith. No matter how hostile the questioner was he faced, Ravi refused to limit his interactions with atheists and the like to a dispassionate philosophical discourse, but gently attempted to reach the heart of that person with the love of Christ while responding with his incredible people skills, powerful anointing, towering intellect, and encyclopedic knowledge of Christianity, philosophy, and comparative religion.

All believers and ministers should strive to embody this kind of behavior.

Tragically, Ravi harbored a terrible secret, a sin which, had it come to light during his lifetime, would have seen his entire ministry discredited and destroyed. You see, it appears he was a closet sexual addict.

Lest there be any mistaken assumptions on your part as to where this article is going, let me hasten to assure you I will not be bashing Ravi, here or elsewhere — such a response is nowhere near God’s heart concerning such situations!
END_OF_DOCUMENT_TOKEN_TO_BE_REPLACED

In my humble opinion, the two most crucial questions any human being can answer for themselves are these:

The answers to these salient questions are foundational to every one of our other thought processes and resulting behaviors. If we feel — whether consciously or subconsciously — our answers to those two questions are non-existent or inadequate, the likelihood of us sinking into depression — and possibly even resorting to suicide — are stratospherically high.

If our answers do not echo as Truth down into our deepest souls, we vainly embark on endless quests to find ones which do, typically leading to all sorts of addictions and/or other compulsive behaviors. Rather than bringing the peace we so desperately crave, those compulsions result in ever-increasing amounts of guilt and shame. Our incredible propensity to indulge in denial over the root cause(s) usually leads us to a point of despair, thus circling us back to the aforementioned issues of depression/suicide/etc.

The astonishingly Good News is this: Jesus has answered those questions in spades — and truthful spades at that! — so we can have a solid foundation for our lives as we walk them out in a world whose darkness seems to increase exponentially by the day.
END_OF_DOCUMENT_TOKEN_TO_BE_REPLACED