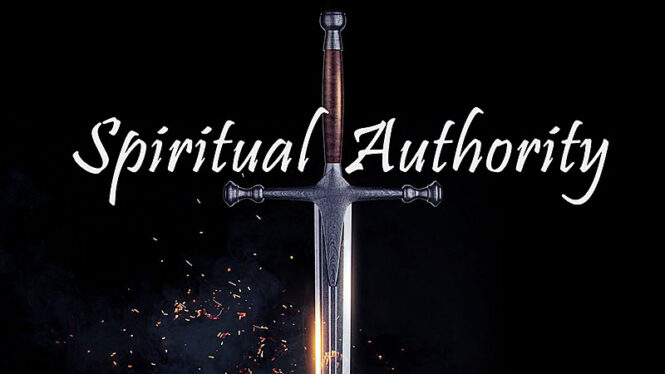 Lately I’ve been talking about how God doesn’t kill or visit sickness and disasters upon His children.

We’ve discussed blood covenants in the last 2 posts. Now let’s move on to the subject of spiritual authority.

God is indeed Ruler of the Universe. He has invested 100% of His authority in Jesus as King of Kings and Lord of Lords. What most people — especially Calvinists — do is take that and run with it as the be-all, end-all answer to the question. Their logic is summed up as follows:

God is sovereign and totally in charge. Therefore, everything which happens on earth is by His will, whether by direct causation or permissive inaction.

First, this is fallacious reasoning, absurdity at its worst. If this statement were true, we must also logically conclude those who are unsaved are not so because it’s God’s will for them to be that way (that Calvinist predestination nonsense). It also implies that when other people sin against us, they are doing so at the impetus of the Almighty.

“But wait!” you say. “The Bible clearly states it’s God’s will for everyone to be saved!”

Good answer! So our logical conclusion must be this: there are indeed events and human choices taking place on this earth which are not God’s will. Otherwise, why would Jesus have commanded us to pray for God’s will to be done on earth as it is in heaven if His will is already being done here?

The second part is the last half of the first sentence in that statement is absolutely incorrect. Why? Because there are other authorities involved!

“But hold it there, Steve!” you might exclaim. “You just said God is sovereign!”

But He has also delegated a great deal of His authority on this earth to others and those, in turn, have delegated it to yet others. Here’s how that works:

God Gave Dominion Over the Earth to Man

The Book of Genesis covers this issue quite thoroughly:

‘So God created man in His image; in the image of God He created him; male and female He created them. Then God blessed them, and God said to them, “Be fruitful and multiply; fill the earth and subdue it; have dominion over the fish of the sea, over the birds of the air, and over every living thing that moves on the earth.’Genesis 2:27-29 (emphasis mine)

Just to make sure the translators got it right, the words “subdue” and “have dominion” come from the Hebrew words kawbash and radah, respectively.

kawbash
to subdue, to make subservient, to bring into bondage, to dominate
radah
to have dominion, to rule, to subjugate

So we see in this passage, God delegated His own authority over the earth to man. That means man ruled — under God — over the earth and all it contained.

Man Handed His Dominion Over to Satan

So what did man do with his authority? He gave it away by bowing his knee to another god — Satan — in chapter 3.

How do we know man’s authority was transferred to Satan? Because the Word of God states it repeatedly. John 12:31; 14:30; 16:11 all quote Jesus as calling him “the ruler of this world.”

The Greek words for “ruler” and “world” are archon and cosmos:

The title literally means “the ruler with complete authority over the atmospheric region.”

The Reason for Prayer

Why else do you think that God works through men’s prayers on this earth? If He had not bound Himself by His Word to His original delegation of authority back in Eden, He could simply act unilaterally — He certainly has the power and the desire to wipe out evil on this earth, hasn’t He? His omnipotence implies He certainly doesn’t need any of us bozo humans to accomplish something in the absolute sense, either. But for some reason He has limited Himself to working through man and the prayers of man.

This is the reason.

This is why He commands us to pray for people and various things. Our prayers and obedience to His Word open the door for Him to act within our lives and the lives of who we pray for because we are operating in our God-given authority over the earth.

Jesus, the Second Adam, Won Dominion Back at the Cross

This is also the rationale behind the Incarnation of His only Son in human form — man had sinned and it took a perfect Man to redeem us from our bondage to sin and the penalties of it. That is why the New Testament says that Jesus, as a sinless Man, was able to regain that authority from the enemy through His death on the cross and subsequent resurrection 3 days later.

Therefore God also has highly exalted Him and given Him the name which is above every name, that at the name of Jesus every knee should bow, of those in heaven, and of those on earth, and of those under the earth, and every tongue should confess that Jesus Christ is Lord, to the glory of God the Father.Philippians 2:9-11

Jesus Himself states in the Great Commission:

All authority has been given to Me in heaven and on earth. Go therefore and make disciples… Matthew 28:18-19a

A well-known Bible teacher once said, “Whenever you see the word ‘therefore,’ you always have to look at the phrase before that and see what it’s there for!” In this case, Jesus has delegated His authority to us as believers.

…but as many as did receive Him to them He gave authority to become sons of God — to those believing in His name John 1:12 (YLT)

The word “authority” in this verse is that same Greek word exousia we discussed earlier.

The Epistles are filled with references to Satan’s defeat by Jesus through His death and resurrection. Because we believers are His children, we in turn have authority over the devil and his minions to keep them from carrying out their assignments against those for whom we pray, including ourselves. James proclaims:

…God resists the proud, but gives grace to the humble. Therefore submit to God. Resist the devil and he will flee from you.James 4:6-7

Nowhere in the Word does it say, “Pray to God to get the devil off of us.” Rather, it says as we are submitted to God (properly related to our governing authority), we receive His grace, and thus equipped, we are commanded to tell the devil to go away.

We Are Not Helpless Victims! 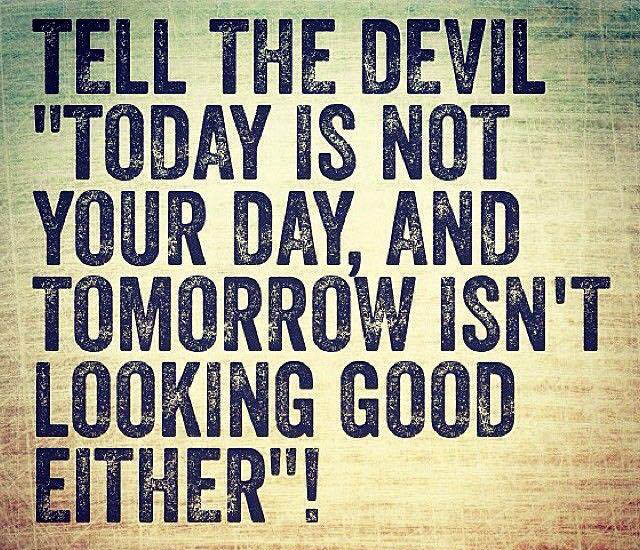 So when bad things happen to us as believers, it is most often because we — not God — have permitted them to happen! That’s the most dangerous consequence of the Calvinist lie that we are helpless victims of a cosmic child abuser — we never enforce our God-given authority over the devil and his works.

Another implication of this is if we have unconfessed/unrepented sin in our lives, our authority over the devil is precisely ZERO. Why? Because when we are in rebellion against the kingdom of God, we are playing on Satan’s turf, not God’s. In such circumstances, we cannot not exercise authority over Satan’s kingdom because we are in fact submitted to it.

So when the devil comes against our families through sickness, poverty, disaster, etc., we can stand on our delegated authority as sons of the Living God and boldly imitate Gandalf, declaring to the powers of darkness, “YOU SHALL NOT PASS!!” — and make it stick!

Case in point: Back in the early 1980s, I was preparing to move from the San Francisco Bay area to Tulsa, Oklahoma to take a new job there at a ministry. At first, I was a bit concerned about the whole tornado thing, something for which Oklahoma is justifiably infamous — I mean the National Severe Storm Center is located in Norman, Oklahoma for a very good reason! :-).

Before we moved, I had a dream one night. In that dream, I was standing in our California home’s living room, looking out the picture window at a large tornado coming straight at the house. In the dream, I literally saw a demonic face in the top of that tornado. I then spoke out in my authority as a believer, rebuking the tornado and commanding it to get away from our house in the name of Jesus. The tornado then made an immediate 90-degree turn to the side and continued in that direction, leaving our house undamaged. Then I woke up and the dream was over.

Armed with the revelation God gave me from that dream, we confidently moved to Oklahoma. Within the first few months, a major tornadic storm system hit the city. I stood praying outside our apartment in the parking lot and saw several funnels start to form at various times. In each instance, I commanded them to stop in the name of Jesus and, without exception, they retracted into the cloud base — not a single tornado touched ground. In the ensuing 16 years or so we lived in Tulsa and later in Wichita, Kansas, we repeatedly had storms which produced tornadoes elsewhere in the area, but never near any of our homes. 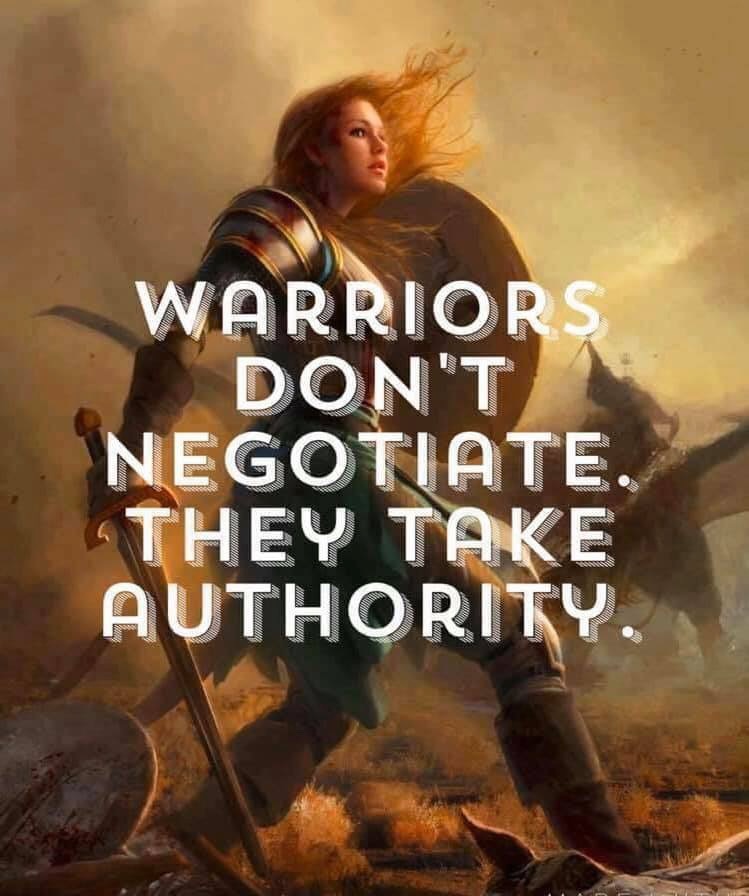 Another example is divine healing. I’ve lost count of the times I’ve prayed for healing for myself and others and God has answered with miraculous demonstrations of His power.

One time, a close friend in Reno, Nevada was in a horrific car accident. When I later saw the recording of a newscast covering the wreck, it looked like her car had been wadded up like a ball of aluminum foil — it was a miracle she survived at all!

So she ended up in a hospital in a coma and the prognosis was decidedly not good. I called my friend, Pastor David Oberg, who pastors a thriving church (Faith Alive! Christian Center) there in Reno and asked him to go pray for her since I was in Tucson and too far away to do so myself. He went and laid hands on her, praying the prayer of faith for a complete recovery.

Within a day or two, she came out of the coma and was released from the hospital within a matter of a month or so. She is now completely recovered with full use of her mental faculties. David exercised his authority as a believer over the powers of darkness who had tried to destroy my friend and over the incredible damage inflicted upon her brain and body to save her life.

The bottom line is this: we believers are NOT helpless victims of a capricious God or even the evil intentions of Satan. We have God-given authority as believers, not to order Him around, but to command the devil, his servants, and the forces of nature to obey us and stay away from our families, our jobs, our homes, our possessions.

At least that’s what the Word of God says. I’m just simple enough to believe that’s the Truth rather than what I see, hear, feel, think, or what I’ve been told by well-meaning, but totally misled Christian ministers to the contrary.

Next we’ll deal with God’s promises.