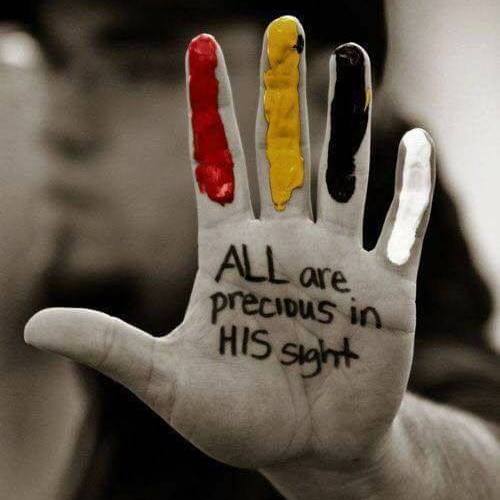 For those of you who haven’t read my bio here at Miscellaneous Ramblings, I was born in El Paso, Texas, as was my mother, my half-sister, my aunt, and most of my cousins. I spent my childhood and tween years there before departing for Northern California with my parents as an early teenager. I later returned as an adult after I was honorably discharged from the US Army in 1975, spending the next 4 years there before heading back west to Norcal.

Just prior to my leaving El Paso that final time, I lived in the Cielo Vista Apartments complex immediately next door to Cielo Vista Mall where the recent mass shooting took place. I’ve lost count of the hours I’ve spent in that mall, especially at the now-defunct Farrell’s Ice Cream Parlor restaurant.

I think it safe to say my roots run deep in the the Pass of the North, so this recent mass shooting there hits really close to home for me. 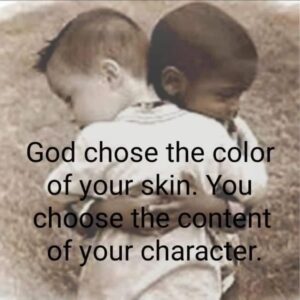 What the demographics of that neighborhood look like over 4 decades later are irrelevant — the fact the shooter who was caught had an intimate grasp of the racial/ethnic makeup of that particular location demonstrates — at least to me — that he was part of a conspiracy, rather than a lone wolf.

Because unless he had made several reconnaissance trips to El Paso beforehand, there is no way a resident of Dallas (a 2-3 day automobile drive away) would know precisely where his desired targets would be located without intimate local knowledge obtained by other parties providing him with the required intelligence data. Yes, he could have easily found the location of the mall itself via a quick Internet search, but the racial makeup of the crowd frequenting that particular location is not something I would expect to discover so easily online. But that’s my opinion from the cheap-seats and you are under no obligation to agree with me.

I do have to say it never seems to fail that whenever the leftists are sucking fumes in the public opinion polls, one of their rank-and-file members commits a mass shooting to re-energize their dead-horse talking points so they can beat them yet again. I personally believe such coincidences are supernaturally and demonically instigated because there is no apparent connection between all the perpetrators apart from that. But I digress…

I’ve already weighed in on the topic of mass shootings and what I believe can and should be done to reduce/mitigate them in a previous article here written immediately after the Parkland shooting in Florida, so I will not rehash what I’ve already said there because my thoughts on the matter have not changed one iota. I’ve also weighed in on what one should do when faced with such a situation, so there is no need to reinvent that wheel here, either.

What I feel the Spirit is impressing on me to address in this article is the concept of racism itself. First, let’s see how the dictionary defines the term. Why? Because it’s been abused by leftists to the point where both it and several related terms have almost lost all meaning within modern political discourse: 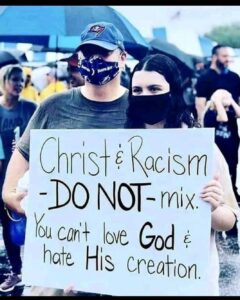 race
each of the major divisions of humankind, having distinct physical characteristics.
the fact or condition of belonging to a racial division or group; the qualities or characteristics associated with this.
a group of people sharing the same culture, history, language, etc.; an ethnic group
ethnicity
the fact or state of belonging to a social group that has a common national or cultural tradition
prejudice
preconceived opinion that is not based on reason or actual experience
dislike, hostility, or unjust behavior deriving from unfounded opinions
racism
prejudice, discrimination, or antagonism directed against someone of a different race based on the belief that one’s own race is superior.

the belief that all members of each race possess characteristics or abilities specific to that race, especially so as to distinguish it as inferior or superior to another race or races.

The truth of the matter scientifically is humans of varying skin colors may have differing physical characteristics, ultimately we are all the same.

The science of skin also proves that race doesn’t really exist. According to paleobiologist Nina Jablonski at State College in Pennsylvania, what we see as race is accounted for by a single tiny molecule that adds color to our skin and to the features of various animals. This molecule is called melanin, and it’s the source of differing skin tones, the only known biological difference in people of different racial backgrounds. Due to a process called phenotypic plasticity, skin tones evolved in the past according to the particular environment the person lived in, and continue to change now in response to sun exposure. The author observes that melanin is what gives us dark freckles after a long day in the sun, as our body works to protect us from the harmful rays. “The Body: A Guide for Occupants” by Bill Bryson (emphasis mine)

The Heart of the Matter

So let me be perfectly clear here: 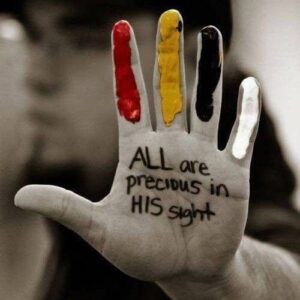 We all bleed the same color blood as the King of Kings and Lord of Lords did during His torture and crucifixion. His sacrifice was and is — as theologians are wont to say — “totally efficacious” to remove the past, present, and future sins of every man, woman, and child on this planet, whether white, black, brown, yellow, red, blue, or green with purple polka dots!

Pastor E.V. Hill used to tell of a time he received a death threat from the Black Panthers because they didn’t like his preaching about that “white Jesus”. This was his reply:

I don’t know anything about a white Christ — I know about Christ, a Savior named Jesus. I don’t know what color He is. He was born in brown Asia, He fled to black Africa, and He was in heaven before the gospel got to white Europe, so I don’t know what color He is. I do know one thing: if you bow at the altar with color on your mind, and get up with color on your mind, go back again — and keep going back until you no longer look at His color, but at His greatness and His power — His power to save! Pastor E. V. Hill

We owe everything we have in our lives today worldwide regarding personal freedom, science, technology, medicine, etc. to Christianity-based Western Civilization. However, one of its major downsides has been its secular societies’ and Christendom’s (the institutional expression of Christianity, usually highly polluted with man’s religion) dealings with ethnic groups outside of themselves.

The norm has been to treat them quite shabbily, regarding them as “less than.” Folks raised within Western Civilization and had experienced its benefits adopted a “born-on-third-base-and-thinking-they-hit-a-triple” mentality. How? By taking credit for and becoming prideful about what God has provided, rather than being thankful for it and ever mindful of “there but for the grace of God…”

Such hubris has poisoned Caucasian relations with minorities for centuries and frankly there is no excuse for it.

Does that mean I believe in open borders? Not even remotely! One of the many reasons I voted for President Trump is I am one among millions of American citizens who hold our Constitution and political system — and the borders they protect — sacred. 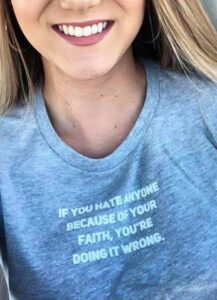 Every single of them came from a background of abject poverty and worked their way out of that condition, though admittedly my spouse got an excellent head start on her American Dream well before she emigrated.

A second point of fact: when we applied for my wife’s green card, I had to:

Both our attitudes are this: if we had to do all that for her to legally emigrate, then, by golly, everyone else can obey the laws, as well! But I digress…

I also stand firmly against several satanic ideologies, specifically secular humanism, Islam and the LGBTQ+ alphabet mafia. That being said, I am also enjoined by the Most High to love those who embrace and promulgate those false beliefs with the love of Christ. As a commentator on this blog and elsewhere on “God, mankind, pop culture & politics,” trust me when I tell you it takes more than a bit of soul-searching, the grace of God, and frequent reminders by the Holy Spirit (expressed through my wife as well as directly) to carefully walk that tightrope of loving the sinner while hating their sins. 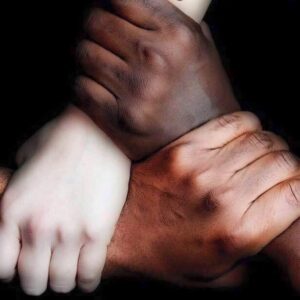 Had I been present that tragic day at Cielo Vista Mall, I pray I would have drawn my legally-concealed weapon and stood side-by-side with that brave, black GI who drew his own legally-permitted concealed pistol and ran towards the sound of the guns to protect the innocent from that satanic attack.

In the mean time, I will be praying for the victims who survived those attacks as well as the families of those who both did and didn’t survive that Jesus would:

…comfort all who mourn, and provide for those who grieve…to bestow on them a crown of beauty instead of ashes, the oil of joy instead of mourning, and a garment of praise instead of a spirit of despair. Isaiah 1b-3a NIV

It’s the end times, folks, and line between sheep and goats is getting more and more defined with each passing day. Thankfully, there are sheepdogs called and anointed by the Most High to protect the sheep from the goats who decide to transform themselves into wolves. 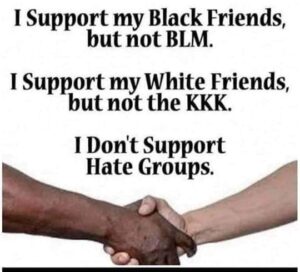