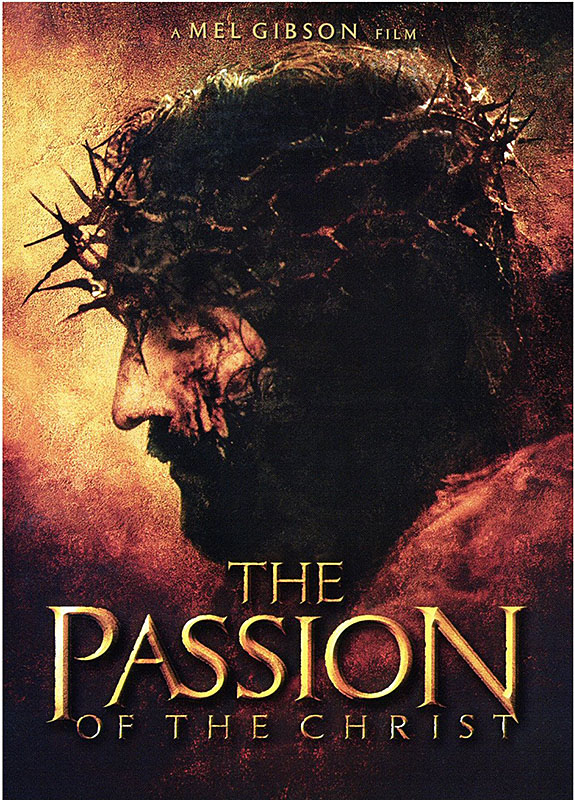 Once again it is the most significant holiday, in fact the only truly scriptural holiday, in the Christian calendar: Easter.

Our church does a huge outreach during this season, trying to reach the CEOs (Christmas & Easter Only) of our community. As part of this, we celebrated Good Friday by serving communion and praying for people by our church’s rather large cross located by one of the highways (a local landmark) and, afterward, showing The Passion Of The Christ movie in our auditorium.

Before I move on to the rest of what have to say, though, I want to comment on the movie itself. While Mel Gibson has some weird and toxic religious views, as well as apparently being an anti-Semite and an alcoholic, I have to say that, despite a few minor sops to Roman Catholic myth and the annoying and repetitive tendency for Mary to be filmed staring off into space, this film really hit the nail on the head. It is truly a masterpiece! Mel, ya done good, kid!

And as a completed Jew and a supporter of the State of Israel, I can honestly state there was not an ounce of anti-Semitic content to the film, a possibility that the Jewish community, who has long suffered the most heinous of persecutions at the hands of the Roman Catholic church to which Gibson belongs, were quite reasonably concerned about.

Unfortunately, they totally over-reacted, as people who have been maligned, tortured, and murdered for literally centuries by a host of pagan, Catholic, and Eastern Orthodox followers are wont to do. And Gibson’s subsequent anti-Semitic rants only served to pour gasoline on that fire. Pray for the man — he’s caught in a conflicted state between his strict bondage-inducing religious views (which are not at all Christian, I might add) and his innate sinfulness as a typical human being. But I digress…

What I really feel the Spirit wants me to talk about is divine healing. Appropriately, The Passion opens with a paraphrased verse from the book of Isaiah, which says:

…He was wounded for our transgressions, He was bruised for our iniquities; the chastisement for our peace was upon Him, and by His stripes we are healed. Isaiah 53:5

The word “vicarious” comes from the Latin word for “substitute.” The word “atonement” also comes from the Latin and its root word is the one for “unity.” Together, they describe God reconciling a hopelessly lost, totally corrupt, and completely depraved mankind to Himself by a unilateral act of love, sending His Son to die in our place the horrible death we actually deserve.

Truth be told, if that was the only thing that God ever did for us, that would be the hugest, most amazing gift in the history of humanity by itself and there would be nothing more to be said.

But God, in His infinite mercy, unconditional love, boundless grace, and absolute sovereignty, didn’t stop there — that is just the first half of the verse! The second half describes two other things Jesus purchased for us in the atonement: peace and physical healing. One of these days, I’ll discuss peace in another post. As I said earlier, in this article, I want to focus on the issue of physical healing.

I’m not going to delve into a lengthy treatise on divine healing here because I’ve covered that elsewhere here on Miscellaneous Ramblings.

What I do want to discuss is the two things that leapt out at me during that showing of The Passion.

The first is that Jesus’ final miracle prior to his death on the cross was to physically heal someone. I think it particularly fitting for His last supernatural act was to do something He consistently did throughout His earthly ministry. All four Gospels record that during the three years or so of His itinerant ministry throughout Israel, He healed everyone who came to Him for it, without exception.

In case you haven’t seen the movie or read the Gospel account detailing the event, when the temple guards showed up at the Garden of Gethsemane to arrest Jesus that night, there was a brief altercation during which Peter drew a sword and tried to defend Jesus. During the same struggle, they also tried to capture John ben Zebedee, but he somehow shrugged out of his clothes and ran off buck naked from the scene. All the remaining disciples also deserted Him, scattering to the four winds.

But in the process of Peter ineptly waving his blade around (after all, he was a civilian expert at filleting fish, not a trained soldier accustomed to filleting human opponents), he somehow managed to cut off the ear of a man named Malchus, the high priest’s slave, apparently without inflicting notable damage on anyone or anything else. Here are the four accounts of this incident from the Gospels:

And suddenly, one of those who were with Jesus stretched out his hand and drew his sword, struck the servant of the high priest, and cut off his ear. Matthew 26:51

And one of those who stood by drew his sword and struck the servant of the high priest, and cut off his ear. Mark 14:47

When those around Him saw what was going to happen, they said to Him, “Lord, shall we strike with the sword?” And one of them struck the servant of the high priest and cut off his right ear. But Jesus answered and said, “Permit even this.” And He touched his ear and healed him.Luke 22:49-51

Then Simon Peter, having a sword, drew it and struck the high priest’s servant, and cut off his right ear. The servant’s name was Malchus.John 18:10

What was Jesus’s response to this debacle? He picked up that severed ear and miraculously re-attached it to Malchus’ head! I thought the movie did a wonderful job portraying the stunned and uncomprehending astonishment of the slave’s reaction to Jesus’ incredible act of mercy.

An interesting sidelight is that Jesus, in doing so, also mercifully destroyed any evidence of Peter’s well-meaning, but stupid, criminal act which would have otherwise had Peter arrested, tried, and possibly executed for His assault. Can you imagine the guards trying to take Peter to a judge and proclaiming “We saw this man cut off the slave Malchus’ ear!” The judge responds, “Let me see this.” And there’s Malchus with both ears demonstrably attached. The poor guards would have looked like total idiots and/or lunatics! But I digress… 🙂

The Scourging of Jesus

The second thing that struck me was during the scourging of Jesus. This event was indescribably brutal — Jesus was lashed to within an inch of His life and, as Isaiah had prophesied:

“…so His visage was marred more than any man, and His form more than the sons of men”Isaiah 52:14

In other words, Jesus was turned into human hamburger by a bunch of callous, jeering, merciless soldiers who thought dealing out oppression, torture, and death was great sport!

Here is an interesting sidelight for you: it was rare within Roman judicial practice to both scourge and crucify the same man. The Roman flagrum was such a horrific instrument of torture that the typical man would die after only 40 lashes, so the maximum non-lethal punishment was 39 — crucifixion was always a death sentence. So to crucify a man after literally being lashed to within one stroke of his death was, from what we can tell 2000+ years later, pretty close to unprecedented.

But for some reason known only to God the Father, Jesus got both sentences. Though the whole ordeal was part of the same atonement, there had to be a reason for Jesus to have undergone that lashing in addition to being crucified. That reason is the last phrase of the verse I opened with: “…by His stripes we are healed.”

I said all that to say this: what hit me during my watching this horrific ordeal was this: if Jesus underwent such horrendous torture to purchase our healing:

These 2 realizations cemented afresh in my consciousness and determination that, God help me, I will never, EVER compromise what in many Christian circles is still the red-headed stepchild of Christian doctrine: the message that in all-times, all-places, for all believers, without exception, it is God’s will to heal the sick, period, end of story!