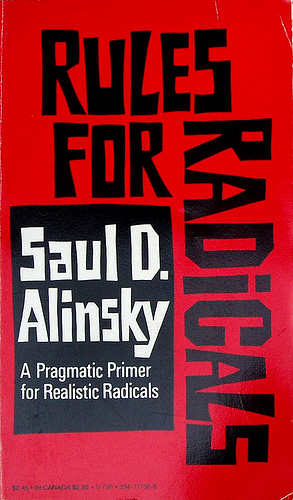 There is a book out there entitled Rules for Radicals that was written by a man named Saul Alinsky. Supposedly, this book has inspired the likes of Barack Obama and Hillary Clinton.

Interestingly enough, the book is dedicated as follows:

…the first radical known to man who rebelled against the establishment and did it so effectively that he at least won his own kingdom — Lucifer.Saul Alinsky in Rules For Radicals 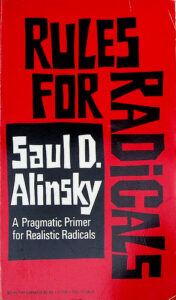 From a Christian perspective, this is both extremely disturbing and so ridiculous it’s almost funny. Here’s why:

The disturbing part is this: President Obama, the leader of the free world (a person who at his very best, gives anemic lip-service to Christianity) as well as his arch-liberal former Secretary of State and future presidential hopeful, Hillary Clinton both have been inspired by a book dedicated to Satan.

The ridiculous part is the book makes the mistaken assumption Lucifer’s kingdom has some sort of eternal existence, like the devil has somehow outsmarted and defeated the Living God. Obviously, Alinsky hasn’t read a New Testament lately — if ever — and appears to be completely ignorant of a couple of salient truths which would definitely rain on his liberal parade honoring the archenemy of mankind:

Sounds to me like some extremely highly placed government officials are definitely backing the wrong horse!