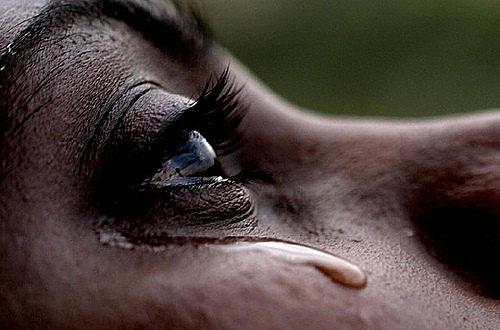 The last 8 posts (sheesh I can be long-winded!) 🙂 I’ve been making the case that God doesn’t go around killing Christ-followers, causing them disasters, and the like. We’ve covered the related issues of covenants, the sovereignty of God, the authority of believers, the promises of God in His Word, the role of Satan, and Jesus being “God-in-sandals,” the perfect exemplar of God’s character.

This post we’ll tackle the subject of suffering for Jesus’/righteousness’ sake.

What is Suffering for Jesus’ Sake?

To determine what “suffering for Jesus” is, we first have to figure out what it’s not. Basically, there are eight types of suffering:

NOTE: There might be more that I’ve overlooked, but these are the biggies. Apologies for any oversights on my part.

To determine which of these sufferings qualifies as “suffering for Jesus’ sake,” we must first determine who experiences what type(s) of suffering and what — if anything — differentiates Christ-followers from everyone else on the planet.

In the first 6 cases, these types of suffering are universal to all mankind, so those suffering from any of these by definition cannot be suffering for Jesus’ sake.

Because any human being on the planet can do it, whether a Christian believer or not!

Only Christ-follower — those who have been born from above by submitting to the Lordship of Jesus Christ — are commanded to crucify their fleshly passions or are eligible to suffer for His name’s sake.

The former means a person has resisted by God’s grace his/her desires/tendencies to choose selfishly (aka sin) and obey God. Anyone who has overcome an addiction knows this battle with sinful self intimately, but such knowledge is not limited to addicts — this is the normal Christian life described throughout the NT. If we are not experiencing some level of suffering as we crucify our fleshly desires in order to serve Him and serve others, there is something terribly amiss with our walk with God.

The latter means because someone has publicly proclaimed his/her faith in the Lord Jesus Christ, another someone or group of someones has determined to harm him/her in some form or fashion. Such harm can range from the trivial (insulting verbal or written comments) to the heinous (torture and death) and everywhere in between.

What Else is Not Suffering for Jesus’ Sake?

Please note if you are constantly late to work, doing poor quality work, taking long lunches, consistently leaving before quitting time, and are using work time to “witness” to your co-workers and then get fired, that is not persecution for Jesus’ sake; it is you reaping what you’ve been sowing with your wretched work ethic.

Please further note if people reject you and refuse to socialize with you because you are an obnoxious horse’s patootey, you are not suffering for Jesus’ sake, you are reaping the crop you have sown through your antisocial behavior(s).

And finally, if you physically and/or sexually abuse your spouse and children while claiming to be an obedient Christ-follower, and later get arrested, tried, and convicted for domestic violence and other charges, your sentence is not persecution for righteousness’ sake — you committed a heinous crime and have been punished accordingly.

Persecution for righteousness’ sake comes because you were somehow penalized for being identified as a follower of Jesus Christ and nothing else.

Frankly, we American believers are a bunch of wimps compared to our foreign brethren. We whine and complain when the atheists and liberals and their tame media portray us as religious nut-cases because we actually believe the Bible and the Lord it presents are worthy of our devotion, obedience, and worship while daring to take stands against the sacrifice of innocent babies on the altar of their mothers’ selfish convenience. We haven’t even begun to suffer persecution — yet!

In every Moslem country I can think of, if you convert to Christianity and publicly demonstrate your conversion by being water baptized, the chances are extremely high — approaching certainty — you will be murdered by your own relatives in an honor killing without them facing criminal prosecution afterwards. If you are not killed by your family, then you will be by the government for violating the state religion of Islam and sharia law. This is never reported in the nightly news because it doesn’t serve the inexplicably pro-Muslim bias of the liberal agenda.

In China (yes, the selfsame China where the majority of our day-to-day purchases are produced), they baptize believers by immersion in raw sewage after imprisoning them, not to mention beatings, deprivations, and other tortures. If the government decides you are “incorrigible” and becoming too much of a nuisance, they’ll put a bullet in your brain and then send your family the bill for the ammunition expended. This is never reported in the nightly news because that doesn’t serve the liberal agenda, either. 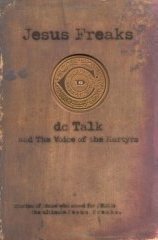 You might accuse me of exaggeration when I say these things, but these are daily occurrences in such countries as documented in Jesus Freaks, a book ghost-written by Dr. LeAnna Eldridge of Life Christian University for the band DC Talk. Such persecution is also documented by other credible Christian ministries such as Voice of the Martyrs.

So what does the Word say about such suffering?

Remember the word which I said to you, A slave is not greater than his lord. If they persecuted Me, they also will persecute you. John 15:20

Blessed are those who are persecuted for righteousness’ sake, For theirs is the kingdom of heaven. Blessed are you when they revile and persecute you, and say all kinds of evil against you falsely for My sake. Rejoice and be exceedingly glad, for great is your reward in heaven, for so they persecuted the prophets who were before you. Matthew 5:10-12

All who desire to live godly in Christ Jesus will suffer persecution.2 Timothy 3:12)

Folks, that is just as much of a promise in the Word of God as:

All of the saints in the first 3 centuries AD who were killed at the behest of Roman emperors such Caligula, Nero, and Domitian considered it an honor to be tortured and killed because of their love for the Lord.

Thousands more were tortured and killed over a period of centuries by a corrupt and godless Catholic Church, especially during the Protestant Reformation.

Those saints were tortured, burned alive, killed and eaten by wild beasts, and a host of other horrible, disgusting, and cruel treatments at the hands of their persecutors. Most of them died singing hymns of praise to the Lord.

Many of our modern brethren suffering persecution in Moslem and Communist countries exhibit similar courage and behaviors.

Now that is suffering for Jesus’ sake!