For quite awhile now, God has been me to teach on prayer here at Miscellaneous Ramblings, so I’m now going to do precisely that.

In this series, I hope to impart to you the principles and precepts found in the Scriptures I’ve learned and experienced so you, too, can apply them to what hopefully will become — if it isn’t already — a daily prayer life.

The keynote Scripture for this exercise is this one:

…come boldly to the throne of grace, that we may obtain mercy and find grace to help in time of need.Hebrews 4:16

For that to take place, we first need some revelation from the Word of God required to overcome our natural fears and uncertainties of dealing with an all-powerful and holy God and most likely overcome a tremendous amount of religious traditions and/or bad teaching concerning this topic.

So let’s get started!

Prayer as Our Top Priority

Prayer in My Personal Walk with God

Prayer was not a high priority for me in my early Christian life, not through lack of excellent teaching, but because I was more of a hearer of the Word, rather than a doer for many of those years. I had also been exposed to people who claimed to be intercessors and prayer warriors and most of them were hyper-spiritual, spiritually arrogant, doctrinally flakey, hyper-spiritual, and many times just plain weird.

I wanted no part of it!

All that changed in the early 2000s. Once prayer became a necessity for my personal survival and, if God didn’t answer my prayers, I would find myself homeless and sleeping in a box under an overpass somewhere, all my excuses and rationalizations fell to the wayside.

I became deadly serious about being a doer of the Word concerning prayer.

Prayer in the Church

Another observation I’ve made over my last 45+ years of walking with God is this: within any church of any size, whether a congregation of 200, 2,000, or 20,000, only a tiny percentage of its members will faithfully attend a weekly prayer meeting to pray for our nation and its leaders, the church and its leaders, and members’ individual prayer requests. It’s like prayer is the red-headed stepchild of the Church — we acknowledge its existence, but refuse to commit ourselves heart and soul to it. For a group claiming to follow Jesus, Who personally taught and exemplified a vital prayer life, we are doing an amazingly poor imitation!

I firmly believe this is due to a single point of failure, the pastoral staff ignoring the following fundamental truism:

Whatever the shepherds value highly enough to regularly teach on, announce from the platform, and show up for, the sheep will imitate them and exhibit the same priorities. 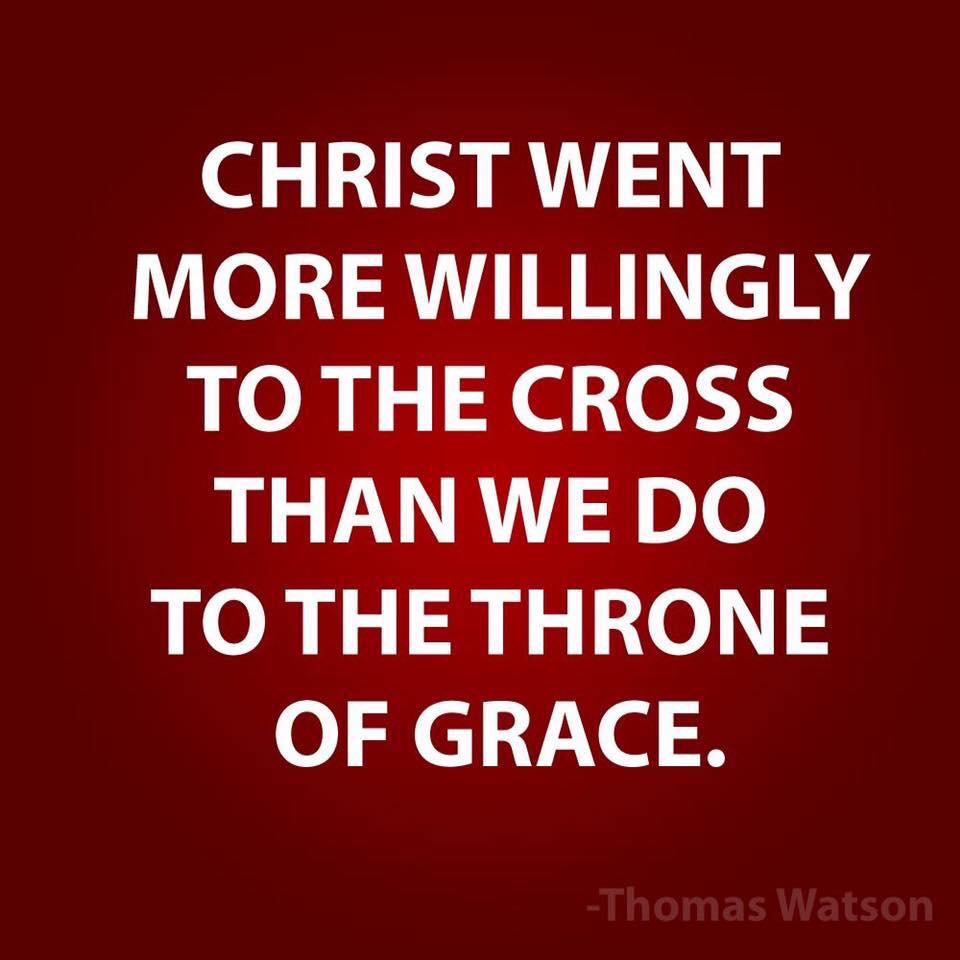 The Church needs to see its leadership demonstrating prayer to understand the hows and the whys and the wherefores of doing it. Much of what we learn about prayer is caught, not taught, though teaching certainly has value or I wouldn’t be writing this. It’s goes back to the old leadership maxim that people will only follow where you are willing to go yourself as a leader. And “being too busy” or “I’m delegating” are NOT valid excuses, it just means that your ministerial priorities are out of whack and need adjustment. Church leaders reading this, selah!

If I am ever called of God to pastor or co-pastor a church, one of the weekly meetings my wife and I will always be at — unless it is absolutely impossible to make it there due to personal tragedy or serious illness — will be the weekly prayer meeting that will be listed in every bulletin and announced from the platform at every service, and mentioned or taught about in sermons with frequent regularity.

The 2 Most Important Things About Prayer

The most important thing about prayer is that we are doing it! If we are not particularly fluent or knowledgeable at first, the Holy Spirit can educate and adjust us over time with additional insights and correction from the Word. But we should never, ever let our ignorance or inexperience be an excuse for not praying!

The second-most important thing is that prayer is not about us, but is about Him. No one other than our flesh and Satan’s horde are sitting on the sidelines awarding points for technical excellence and artistic merit. God doesn’t care one whit about your eloquence/sophistication of speech, the size of your vocabulary, your ability to quote Scripture verbatim or your ability — or lack thereof — to pray in Elizabethan English.

What He does demand from us is honesty and humility. Why these two? No relationship can be successful without honesty — trust is always foundational — and humility because we come to Him by His grace alone without any sense of entitlement based on our dead religious works.

But I’m so Unworthy!

Though flippant, what I just said is absolutely true: we all are unworthy and are deserving of hellfire, ranging from the vilest of sinners, such as Hitler, Stalin, and Chairman Mao, to those who we exalt as the most holy, such as Billy Graham, Mother Theresa, or the Apostles Peter and Paul, and everyone in between. It is only the grace of God and the finished work of Jesus in His death, burial, and resurrection that makes us worthy to “boldly come to the throne of grace” and there is nothing we can do that will add to or detract from that imparted worthiness described by the Apostle Paul:

For He (God the Father) made Him (Jesus) who knew no sin to be sin for us, that we might become the righteousness of God in Him. 2 Corinthians 5:21 (parentheses mine<)/cite> 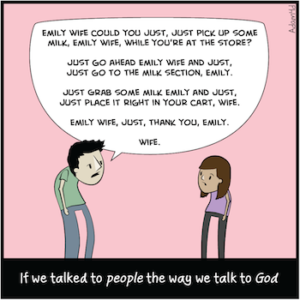 In theological circles, this is called “The Great Exchange” where sinless Jesus became sin on the cross so that sinful us would become righteous with His righteousness. That exchange takes place in the spirit realm the moment any person names Jesus as Lord and believes that God raised Him from the dead (Romans 10:9-10)

That is why it is so crucial that we as believers have complete assurance of our salvation. If we are not 100% convinced that we have a right to be there when we attempt to “come to the throne of grace,” it will not be boldly, if at all, ever. And the fastest way to kill our prayer life is thinking that our performance or lack thereof has anything to do with the equation!

Prayer is not about recipes or formulae because such things are intrinsic to man’s religion whereas God is all about relationships. Truth be told, prayers using recipes and formulae can be a form of sorcery. What I mean by “sorcery” is the idea that by saying the right things, doing the right ritual steps in the right order, someone assumes that they will get what they want from God because He will owe them for their obedience in some sort of cosmic “tit-for-tat” situation.

If there is any formula whatsoever, it is the following:

So we grow when we apply God’s truth by God’s grace in the context of God’s people over a timeframe of God’s choosing. Our problems start whenever we leave one of these factors out of the equation or over-emphasize one of them over the other two. For examples:

So, if God will respond to the faith of an untrained child, he will respond to you! That being said, there are principles concerning prayer in God’s Word that, if we apply them, it puts us in a better position to receive answers to our prayers. Those principles will be the topics of discussion in this series of articles.

Prayer is a growth process — no one has “arrived!” — we will be facing faith challenges and praying for answers to them for the rest of our lives on this earth, so get used to the idea! As the Navy SEALs say, “The only easy day was yesterday” and the faith challenges will only get bigger and more difficult over time. The Good News is that God’s grace is always more than enough to get us through it (2 Corinthians 11:9a)!

That’s all for this installment. We’ll continue by defining prayer in the next article.