On June 23, 2013, our brother in Christ, Nik Wallenda, established a new world record by being the first person to successfully walk across the Grand Canyon on a tightrope (actually a wire cable) without a safety net or tether. We watched the whole event with a strange combination of great suspense and spiritual joy as history was being made by a man who boldly and unashamedly bore public witness to the Living Christ while performing this incredible feat.

One of the things which impressed me about Nik is he has been taught — and taught very well, I might add! — how to pray effectively. As we watched, I thought to myself, “Self, I wish every believer could/would pray the same way. They’d sure get a lot more of their prayers answered!”

I’ve already taught on the spiritual authority over nature and the powers of darkness — never God! — which every born-again believer has in Christ through His finished work of the Cross, so I’m not going to get into that again because I feel I got that right the first time and you can read that at your leisure.

What I want to do in this article is have you play the publicly available video footage of Nik’s feat and then makes some brief comments afterward​. Here is a video showing the highlights of this spectacular achievement:

If the video will not play for you within this page, you can view it by clicking the following link: Highlights of Nik Wallenda Crossing the Grand Canyon on YouTube 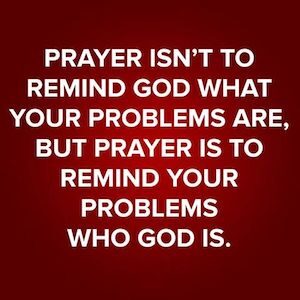 Unfortunately, a full-length video of this event is not available online, but if you could see it in its entirety, you would see the above characteristics demonstrated all the way across the canyon. It is a marvel that a secular TV channel didn’t edit out the spiritual aspects of this feat, though I imagine that could have been part of the negotiations beforehand. 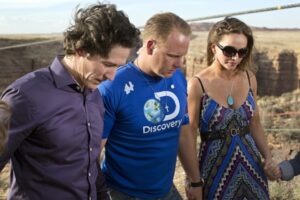 In closing, I would like to address all those who love to take cheap shots at Joel Osteen. Joel and his wife were present on site at this event — evidently Nik is either one of their congregants or a personal friend — and prayed for him prior to the attempt. It was an equally faith-fill prayer!

Disclaimer: The above video was embedded in this article for educational purposes only and this author has derived no financial consideration from the use of this copyrighted material.