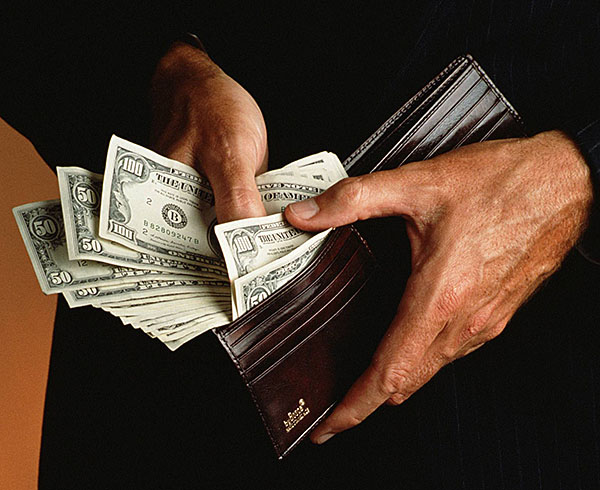 Many opponents of the prosperity doctrine have declared it to be “another gospel.” What do they mean by this?

Actually, it’s a euphemism for “heresy” and they are alluding to a passage in Galatians Chapter 1 where Paul wrote:

I marvel that you are turning away so soon from Him who called you in the grace of Christ, to a different gospel, which is not another; but there are some who trouble you and want to pervert the gospel of Christ. But even if we, or an angel from heaven, preach any other gospel to you than what we have preached to you, let him be accursed. As we have said before, so now I say again, if anyone preaches any other gospel to you than what you have received, let him be accursed. Galatians 1:6-9 (emphasis mine)

Before we go further, let’s establish the context for this passage:

anathema
a thing devoted to God without hope of being redeemed, and if an animal, to be slain; therefore a person or thing doomed to destruction; a curse; a man accursed, devoted to the direst of woes

So in bald terms, anti-prosperity folks are convinced those who believe in divine prosperity are:

In my blog article covering correct biblical interpretation, you will find the term “heresy” defined as any contradiction of essential doctrines. Essential doctrines are those we are required to believe in order to be a true Christian believer.

So let’s examine precisely what is proclaimed as essential doctrine in the Apostle’s Creed and then the Nicene Creed, the latter written by the Council of Nicaea around 300AD for the express purpose of refuting both of the other 2 primary heresies (Gnostic and Arian):

I believe in the Holy Spirit, the holy Christian church, the communion of saints, the forgiveness of sins, the resurrection of the body, and the life everlasting. Amen.

We believe in one holy Christian and apostolic Church. We acknowledge one baptism for the forgiveness of sins. We look for the resurrection of the dead, and the life of the world to come.

Along with the inerrancy and verbal inspiration of the Scriptures, the depravity of mankind, salvation by grace alone through faith alone in Christ alone, every concept in these creeds form the core foundational beliefs of Christianity aka essential doctrine. Folks who do not accept and believe essential doctrine, both in their entirety as well as correctly are actually not true Christian believers and not going to heaven, no matter how religious they may appear.

Groups of folks who all believe the same heresy are called “cults” and we believers are forbidden by God’s Word from fellowshipping with heretics, period.

All this begs the following question:

Are finances mentioned anywhere in these lists of essential doctrines?

That would be a resounding, “NO!”

Let’s take a look at the 10 Commandments (in practice, most churchgoers consider them as the 10 Suggestions, but I digress…). They read as follows:

However, nowhere in this list — nor anywhere else in Scripture, for that matter — do we find the words, “Thus saith the Lord: thou shalt be poor!” Neither do we see its corollary, “Thou shalt not be rich!”

Finally, let’s examine the conditions for salvation found in Romans:

…if you confess with your mouth the Lord Jesus and believe in your heart that God has raised Him from the dead, you will be saved. For with the heart one believes unto righteousness, and with the mouth confession is made unto salvation. Romans 10:9-10

Again, using the best magnifying glass and analytical tools available to mankind, we can see a sum total of zero words in any of these authoritative documents concerning money at all, much less how much of it we are divinely permitted to possess/want or anything about our attitude towards it.

So where do Scripture verses concerning finances fall within the Christian doctrinal hierarchy? Actually, they are what is called “peripheral doctrine,” meaning they are right there in the Bible alright, but our not accepting/believing/practicing them does not cost us our salvation, just those earthly blessings we would otherwise receive. Other such doctrines in this classification would be the taking of communion, water baptism, divine healing, the charismatic experience, etc.

How we practice peripheral doctrines within any given church congregation falls into an even broader category called “traditions.” There are as many traditions as there are churches and denominations — even non-denominational churches have them!

Traditions have become something of a dirty word in Christian circles because throughout the gospel accounts, Jesus repeatedly chastised the scribes and Pharisees over the issue of traditions. Our Master did this, not because traditions are inherently wrong in and of themselves — because they’re not! — but because those folks had elevated their traditions to the point where God’s Word had been supplanted by them.

Divine prosperity falls into a doctrinal gray area somewhere between the categories of peripheral doctrine and tradition because it contains elements of both.

So let me be perfectly clear here: in the 45+ years I’ve been hanging around the WoF movement I have never heard even one pastor, preacher, or teacher utter a single word violating essential Christian doctrine from either a pulpit or on television, not once!

The major problem with their “another gospel” schtick is this: those proclaiming it are exalting themselves to the judgment seat of Christ and declaring all who believe it is God’s will to prosper His children are deserving of hellfire and damnation, that we are not even saved.

Who are you to judge another’s servant? To his own master he stands or falls. Indeed, he will be made to stand, for God is able to make him stand… But why do you judge your brother? Or why do you show contempt for your brother? For we shall all stand before the judgment seat of Christ… Therefore let us not judge one another anymore, but rather resolve this, not to put a stumbling block or a cause to fall in our brother’s way. Romans 14:4,10,13

Based upon historical Christian documentation accepted as authoritative by both sides of this debate, the so-called prosperity gospel is absolutely not “another gospel!” Ergo, it is not heresy, and those who believe it are not in a cult and in no way at risk of losing their salvation, period, end of story!

Those who casually wield this accusation against their Christian brethren are themselves violating God’s clear-cut commandment to avoid exalting themselves and judging those who have the temerity to disagree with them.