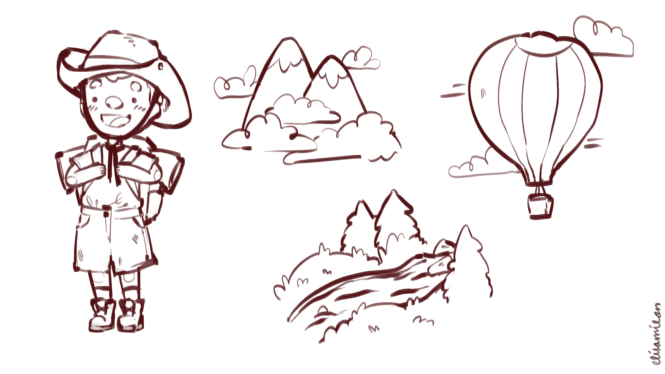 A Tale for the Young — or Young at Heart

Felix Alexander Spinnaker – or ‘Spinny’ as his family called him – lived for adventure. At 11 years old, he’d already climbed Mount Everest, braved the Amazon river, and hot-air-ballooned over the African plains.

Spinny was a true treasure-seeker. But unlike most kids his age, he searched high and low for different kinds of treasure. 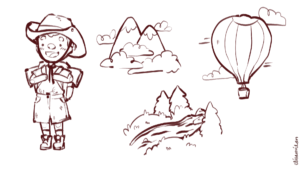 For example, he’d traversed Everest looking for the Treasure Chest of Courage.

He’d forged the mighty Amazon searching for the Abundant Riches of Laughter.

And he’d glided over the African plains, binoculars in hand, trying to spy the Lost Jewels of Purpose.

You see, Felix Alexander Spinnaker set his sails in search of the greatest, the deepest, the most valuable treasures of… the heart.

He hadn’t slept the night before out of the pure anticipation of his best adventure yet. His canvas shoulder bag was packed, his shoe laces were tripled tied, and he’d even shoved an emergency chocolate cupcake into his vest pocket… just in case.

Spinny was setting out this time to look for the ever-elusive, long sought-after-but-almost-never- found treasures of Love, Joy, and Hope. And he knew just where to start.

In past adventures, Spinny had relied and succeeded in his quests for these rare treasures by listening to certain animal friends who’d been willing to assist along the way.

It was, in fact, the baboons of Madagascar who’d helped him find the Secrets of Sillyness.

It was the Red-Tailed Hawk who’d led Spinny to the Great Clearing of Freedom.

And it was his own pet dog, Grape, who’d shown Spinny the Depths of Loyalty. 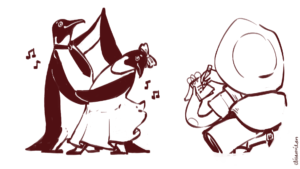 And so it was no surprise that 20 minutes into his journey, Felix Alexander Spinnaker had stumbled upon two very romantic, dancing Penguins.

Spinny noticed their formal attire: a black tuxedo for Huggy and a white gown with black sleeves for Kissy. Surely, these two knew where to find Love.

“What can you tell me about Love?”

Huggy and Kissy continued to dance while answering Spinny’s question. They said all of love could be summed up in romance and flowers and kisses and warm feelings. You’d never find it anywhere else, they said.

Spinny made a note in his journal about this and continued on. 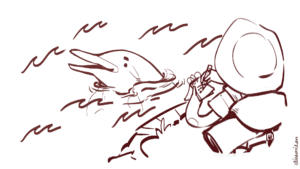 As he neared the shoreline, Spinny heard the playful chirping of a Dolphin coming from the waves down below.

“My name’s Chuckles, dude!” And just then Chuckles did a double back-flip clear out of the water. This made Spinny smile. Surely, Chuckles would know something about where to find Joy.

“Hey Chuck, can you tell me where to find Joy?”

“Yeah man, Joy is in going with the flow. It’s where the current is easy and fish food is plentiful, dude! If there’s not much eatin’ and waves are rough, there sure ain’t no Joy there, man.”

Spinny jotted this down and continued on. 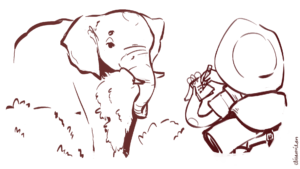 He made his way through some heavy grassland, pausing when he heard the familiar trumpet of a big, gray, old elephant.

“My name is Esperanza, little one.”

Her name triggered something in Spinny’s memory banks. He immediately pulled his foreign language notebook out of his canvas bag. It was the one his mom had given him to keep up to date with new foreign words and their meanings.

“Esperanza, do you know where I can find Hope?!”

Esperanza, who had cradled a batch of grass in her trunk, set it down and told Spinny that based on her many years of life on the plains, the only real Hope to be found was in yourself. Spinny was a little surprised by her answer, but he thanked her and jotted a note down in his journal anyway.

He walked the next hour or so, shoulders a little slumped, eyes focused on his shoes as he tromped through ground that changed from grass into dirt. This adventure wasn’t going as he’d planned.

Feeling hungry, Spinny sat down on a fallen tree trunk and was eating his way through his smashed chocolate cupcake, when a lone young man walked out from a nearby wood. 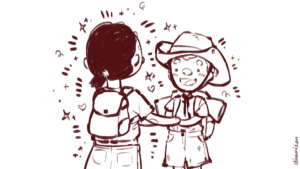 Spinny guessed it was the sunlight, but the young man almost looked as though he were glowing as he approached him. Spinny couldn’t take his eyes off him.

Soon the young man was standing above Spinny, staring at him with kind, gentle eyes.

“Seems like you’ve been on quite the journey today, Spinny. Can you tell me what you’ve experienced?”

Feeling an odd sense of trust in this stranger, Spinny rattled off a laundry-list of things he’d heard that day.

“There were the penguins who said Love was all romance — the dolphin who said Joy was only in fun and comfort — and the elephant… she said Hope was only found in yourself? I guess I was hoping these heart treasures would have been… well… more like actual treasures. Love, Joy, and Hope don’t seem that great after all.”

The man put his hand on Spinny’s shoulder and smiled.

And Joy? Joy comes from something only I can give. Joy is found in the humble, the mourning, the meek, the persecuted, the righteous, the merciful, and the peacemakers….

Now Spinny was really intrigued. Maybe this adventure wasn’t going to be a bust after all!

“I’ve come, Spinny, to give you — and your heart — more than you can possibly imagine. I’ve come to give you my whole life.”

Spinny swallowed hard. It was a lot to take in and he knew he had a million more questions.

But for now, Spinny just said, “I thought I’d have to go to a bunch of different places to find these different treasures. I didn’t realize I just needed to come to a single Person. By the way, what’s your name?!”

The young man smiled, took Spinny by the hand and said, “My name is Love, Joy, and Hope. But you can just call me ‘Jesus.’”