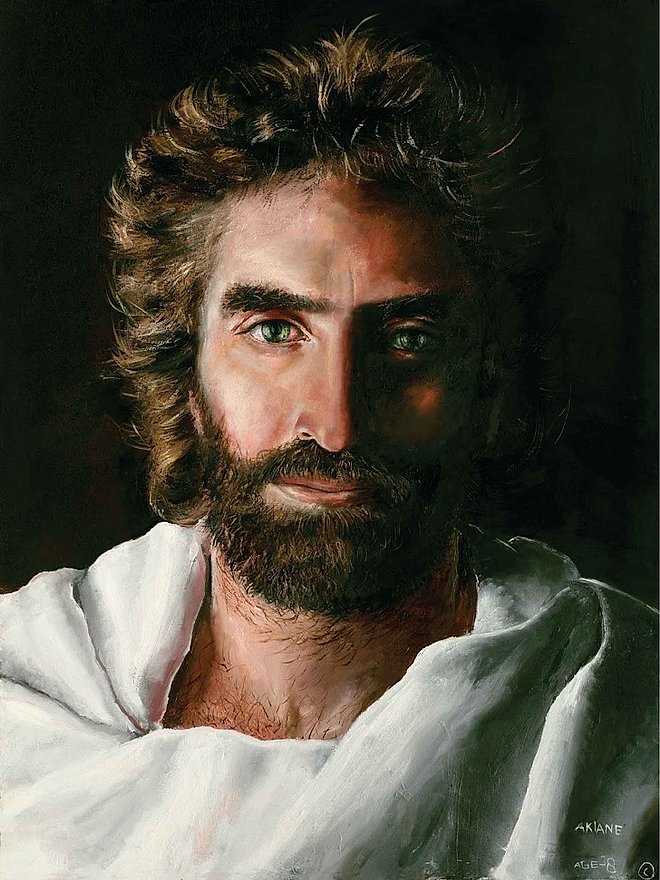 Over the last 7 posts, I’ve been making the case that God doesn’t go around killing Christ-followers, inflicting them with diseases, stealing their jobs or homes, etc., etc. In these we’ve covered several aspects of this issue, such as our covenant with God, the believer’s authority on this earth, the promises of God, and the role of Satan in the whole issue. Now, I’m going to discuss the character of God as revealed in the second Person of the Godhead, Jesus Christ.

One of the fundamental doctrines of the Christian faith, so fundamental it appears in every historical creed of Christianity, is that Jesus is simultaneously 100% man and 100% God. He is referred to throughout the NT as “the Son of God” and He often refers to Himself in the Gospels as the “Son of Man.” Verses throughout Acts and the Epistles echo this essential doctrine.

Since we finite human beings are incapable of comprehending the infiniteness of God, how are we to fully grasp the mystery of that same unfathomable God somehow becoming a human being? And because we humans are really, really uncomfortable with mysteries, human or divine, several groups (cults) over the years have committed to one of the two errors that Jesus was just a man or that He was all God, but not both. These heretical viewpoints were represented in early church times by the followers of Arius (Jesus is all man), the gnostics (Jesus is all spirit). Those two groups, plus the Judaizers (salvation by works, not grace) promoted the 3 main heresies against Christianity and comprise the philosophical bases for every Christianity-derived cult which has arisen to this day. Most of the epistles were written not only to encourage and/or correct the Church but also to counter these heresies, as well.

So how is all this of any consequence to the subject at hand?

Because if, as the NT asserts and we accept as Truth, Jesus was indeed God-in-human-flesh, then we can discern a tremendous amount of God’s character by watching Jesus in action and listening to what He said.

So in reading the Gospels, Acts, and the Epistles: 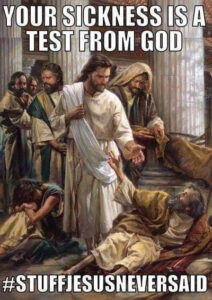 In fact, the only time we see any believer even possibly dying at the hand of God in the historical accounts of the early church are Annanias and Sapphira in Acts 5:1-10 and even then the wording is equivocal. Peter simply asks Annanias why he had obeyed Satan and lied against the Holy Spirit and Annanias falls down dead. Later, Peter asks Sapphira why she had bought into her husband’s incredibly stupid scheme and then prophesied she would go the same way as her hubby.

We have no definitive answers here — we are only left with the question, “Did God smite them or did He simply lift His hand of protection and let their new master (Satan) have his way with them?”

No one knows this side of heaven.

Jesus vs. the Thief

In the Gospel of John, Jesus talks about someone called “the thief.” While the context of the verse is dealing with false prophets and bogus religious leaders, many interpret “the thief” as a direct reference to Satan. The verse reads:

Regardless of who we might interpret “the thief” to be, Jesus used that person to contrast Himself against. He was saying, “I don’t do what that thief guy does, I do something completely different.”

So let’s explore this a bit.

What does the not-Jesus do? Steals, kills, and destroys.

What does Jesus do? Gives abundant life!

So even if I were completely wrong in all my interpretations of all the other Scripture passages elsewhere in the Word I have discussed earlier in this series, this one is bulletproof, unassailable, irrefutable.

Jesus Himself stated unequivocally He does not steal, kill, or destroy.

That’s not some ranting Bible-thumper on a street-corner soapbox or some money-hungry televangelist trying to manipulate his way into your wallet or even some no-name theologue blogger valiantly attempting to set hundreds of years of bogus theology straight. 🙂

That’s God-in-sandals speaking, folks, and His Word is the end to the matter!

But what about suffering for Jesus sake? What about persecution for righteousness sake?

We’ll take that topic up in my next post.