For several months now, I’ve belonged to a private Facebook group run by the Christian Apologetics Alliance. The level of intellectual and theological brilliance exhibited by the majority of its members is truly staggering.

Others, not so much!

Regarding this latter group, I’m not referring to believers asking intelligent questions as they seek a greater knowledge of Christian apologetics, but certain others who get so caught up in philosophical intricacies they cannot seem to draw the proper conceptual dividing line between faith and intellectual knowledge.

As a result, the Holy Spirit has led me to write this article.

For those unfamiliar with the term, “apologetics” is the theological discipline devoted to defending the Christian faith in the marketplace of ideas. Apologetics addresses both the biblical and philosophical aspects of our faith when confronting questions/opposition posed by atheists, agnostics, adherents of other world religions, and miscellaneous other skeptics concerning Christianity’s claims concerning God’s existence, the Genesis account of creation vs. Darwinism, Christ’s historicity and divinity, the problem of evil, the trustworthiness of the Bible as recorded history, and a host of other topics far too numerous to list here.

When I refer to the philosophical, I’m referring to the pursuit of answers to the following “Big 3” questions addressed by this intellectual discipline:

There is a fourth area of study within philosophy called “logic” (how we properly analyze and appraise arguments concerning any given issue) but that is an intellectual methodology rather than a crucial question requiring an answer.
One of the great assurances resulting from a study of apologetics is how Christianity describes reality better than any other religious or philosophical system when answering the Big 3.

Back to apologetics. The term comes from the New Testament Greek word apologia which translates into “a verbal defense” or “a reasoned statement or argument.” This has zero relationship to the “saying sorry” definition we modern English-speakers think of when we hear the word “apology.” “Apologia” is the word translated into the phrase highlighted in the following verse:

But sanctify the Lord God in your hearts, and always be ready to give a defense to everyone who asks you a reason for the hope that is in you, with meekness and fear. 1 Peter 3:15 (emphasis mine)

While there are many godly men and women alike engaged in this endeavor as the major thrust of their ministries these days, there are some folks who are justifiably renowned for their apologetics expertise, notably Dr. William Lane Craig, the late Francis Schæffer, Josh McDowell, and the late Ravi Zacharias, just to name four. These scholars, among others God has called to this vital ministry down through history, have provided us modern-day believers with evidence and explanations supporting our faith which have withstood the tests of time as well as intense intellectual, historical, and theological scrutiny. 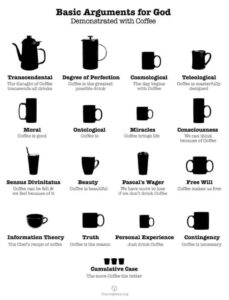 And any list of modern-day apologists doesn’t even begin to scratch the surface of the extensive list of such theologians who God has raised up over the span of church history.

The quality of Ravi’s ministry I admired most was his personification of the word “meekness” expressed in that verse in 1 Peter — he always stood his ground and thoroughly nuked the questions and arguments posed by opponents, but his gentleness and loving demeanor while doing so were a shining example all of us should strive to emulate. In other words, we have a strong temptation for our flesh nature to show forth in such situations, expressed as an arrogant “I’m right and going to heaven while you’re wrong and going to hell, so nyaaa!” kind of attitude which serves us ill when trying to reach the lost. This is the very kind of behavior evidenced by most Christian Internet trolls prevalent on social media.

The Issue at Hand

I’ve witnessed several times certain members in the group failing to grasp the salient fact that we puny humans — having limited intellects and questionable motives, both resulting from The Rebellion in Eden — simply cannot grasp intellectually — and therefore cannot explain rationally — certain aspects of the Most High God and His creation.

The list of such divine mysteries is vast in both scope and quantity, including, but far from limited to:

Humans tend to have insatiable curiosities and positively abhor unresolved mysteries, especially when it comes to the divine.

Since The Rebellion, humankind has possessed this insane, sin-nature-based drive to “figure God out,” driven by the subconscious compulsion that we can be in control. After all, knowledge equals power, right? That was The Lie presented to us in Eden: “you can be your own god and it will work” and we all know how that played out!

Why do I use the term “insane?” Because we continue to blindly pursue this delusion despite failing miserably in every attempt we make. As we say in recovery circles:

Insanity is doing the same thing over and over again while expecting different results.

Left to our own flesh-driven devices unchecked by a faith-based surrender to the Most High, we vainly keep trying to drive the square pegs of God’s mysteries into the round holes of our limited-human-intellect-and-perceptions to the point where we end up with squirrelly — even heretical — interpretations of Scripture or even worse, accept extra-biblical documents attempting to answer those questions as Scripture.

In truth, the solution to our insanity is brutally and exceedingly simple, but as my favorite aphorism goes:

So here it is: His Word promises He gave us everything we need for life and godliness, not everything we want to know. (2 Peter 1:3).

So accept by faith how God has left such mysteries unresolved within the limits of our understanding for reasons of His own. Then steadfastly resist any temptation to resolve them using your own corrupt intellect, cultural norms, personal prejudices/opinions, and/or denominational/religious traditions.

It is entirely safe for me to make the following statement: every heresy in the history of Christianity has arisen from someone, somewhere who refused to do this.

Whenever we run up against a conceptual wall when dealing with the lost while discussing Christianity on an intellectual level, please bear in mind Paul’s message to the philosophers on Mars Hill in Athens as recorded in Acts 17:16-32 fell on deaf ears, whereas his ministry to those in Corinth in Acts 18, achieved quite the opposite:

And I, brethren, when I came to you, did not come with excellence of speech or of wisdom declaring to you the testimony of God. For I determined not to know anything among you except Jesus Christ and Him crucified. I was with you in weakness, in fear, and in much trembling. And my speech and my preaching were not with persuasive words of human wisdom, but in demonstration of the Spirit and of power, that your faith should not be in the wisdom of men but in the power of God. 1 Corinthians 2:1-5

Am I making the point that intellectual discussions are worthless?

What I am saying is that any message we preach to the lost must be empowered by the Holy Spirit Who “will convict the world of sin, righteousness, and judgment (John 16:8) and confirm the Word with signs following. It is interesting to note how the NT contains epistles written to churches located in several Greek cities, but nowhere is there an epistle to the Athenians.

Anyone who reads my articles, books, or even my Facebook posts knows precisely where I firmly stand on a wide variety of issues, both spiritual and temporal. That being said, I constantly remind myself I do not have all the answers, my insights are as prone to error or misconception as anyone else’s despite my advanced degrees, and therefore I am subject to divine doctrinal adjustment as He deems necessary. It would be the height of hubris to think otherwise!

I am what I am and know what I know only by God’s grace and wisdom as revealed in His Word, not by anything I’ve ever brought to the table, spiritually or intellectually.

So there you have it, folks: my take on divine mysteries.