…being the proof of things [we] do not see and the conviction of their reality [faith perceiving as real fact what is not revealed to the senses].Hebrews 11:1b AMP

This refines our concept of faith even further. Faith believes God’s Word despite what we can: 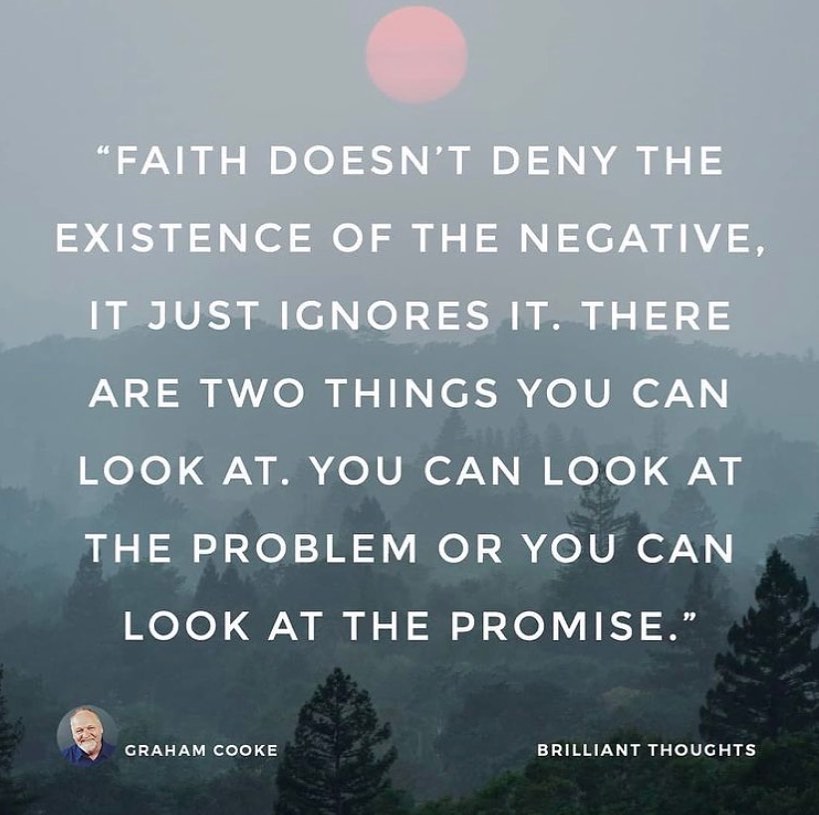 Many people accuse believers who stand in faith on God’s promises, saying they are in denial of the situation.

Here is the difference between faith and denial: denial is a refusal to accept something as factual whereas faith is a belief in a higher reality — God’s promises — which always trumps the natural. So in the case of an illness:

So we are not denying the fact that we are sick at all, but are declaring that God’s Word supersedes that fact with His healing power.

God is a Good God!

Blessed is the man who endures temptation; for when he has been approved, he will receive the crown of life which the Lord has promised to those who love Him. Let no one say when he is tempted, “I am tempted by God”; for God cannot be tempted by evil, nor does He Himself tempt anyone. James 1:12-13

The word “tempted” in verse 13 is the Greek word peirazo which means in this context of referring to God:

tempted (peirazo)
to inflict evils upon one in order to prove his character and the steadfastness of his faith.

This encapsulates in a single verse the concept that I’ve conveyed over 11 articles in my Acts of God — NOT! series elsewhere on this site and you no longer have to take my opinion on the matter, God Himself has addressed this issue directly in Scripture! The bottom line here is this:

Faith always believes that God is the solution, not the problem.

What then shall we say to these things? If God is for us, who can be against us? He who did not spare His own Son, but delivered Him up for us all, how shall He not with Him also freely give us all things? — Romans 8:31-32

Grace and peace be multiplied to you in the knowledge of God and of Jesus our Lord, as His divine power has given to us all things that pertain to life and godliness, through the knowledge of Him who called us by glory and virtue, by which have been given to us exceedingly great and precious promises, that through these you may be partakers of the divine nature, having escaped the corruption that is in the world through lust. 2 Peter 1:2-4 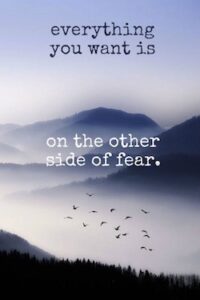 Please notice where it talks about God giving us something in this passage, it is in the past tense. Also please take note of the fact we have “escaped” — also past tense — “the corruption that is in the world through lust.” That means that, though we live in a corrupt and sinful world and struggle with our innately sinful flesh, we are not prisoners to their power.

Finally, check out the words “all things” in both passages. How many things are excluded when using the word “all?” “All things” means precisely that: ALL things without exception.

Faith considers that whatever God has promised is indeed an already-accomplished fact in the spirit realm through the finished work of the cross and that all we need to do is believe it despite:

Another implication of this idea is that we are never struggling to obtain something that we don’t have, but are defending what has already been given us by God from the devil who is trying to steal it. Most people mistakenly think prayer is about convincing God to do something for us when in fact He’s already done it and we are enforcing His will in the earth. 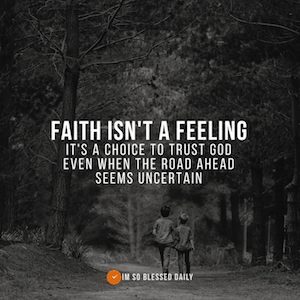 Doubts occur whenever our trust in God is challenged beyond our current comfort zone and our feeble human minds are struggling to wrap themselves around whatever it is God has promised or commanded of us.

Doubts are no way sinful.

Doubts are to our faith as gravity is to our bodies — in the same way we develop our physical muscles by opposing gravity, we develop our “faith muscles” by opposing our natural doubts as well as the negative circumstances which cause them. Doubts and negative circumstances define the sea in which we humans swim and is as absolutely normal to us as water is to a fish — the godly process of overcoming them by faith. allowing Him to mold us into Christlikeness is what defines a Christ-follower.

Never allow the devil to put you under condemnation for your doubts!

Unbelief, on the other hand, is a sin, period.

We commit this sin whenever we hear the revealed will of God for our lives and respond — using whatever excuse(s) we can muster — by deliberately refusing to trust and obey. Unbelief is the essence of self-lordship, an implicit declaration that we know better than God does on any given matter. That didn’t fly in Eden and has never flown since. Unbelief is at the core of the proclamation, “I’ll believe it when I see it!”

An excellent example of unbelief in the Bible is the children of Israel during their exodus from Egypt. From the banks of the Red Sea onward for another 9 or so challenges they faced culminating in the spies’ report on the Promised Land, rather than believing God’s promises concerning His destiny for them (Promised Land, divine provision, etc.), their consistent mantra was, “You just brought us out here to die — we would have been better off back in Egypt!” or words to that effect.

Finally, God got fed with them and gave them what they confessed: death in the desert — that generation was kept in the Sinai wilderness for 40 years until they died off and their children could take up where their parents had failed so miserably. The Book of Hebrews declares it was their unbelief which precluded them from entering into God’s rest.

All that being said, we are not allowed to sit in judgment over their failures because we, too, have an inevitable tendency to do precisely the same thing! It is far, far easier to take a person out of slavery than to take slavery out of the person — our corrupt flesh keeps wanting to return to its comfort zone of slavery to sin, rather than embracing our freedom in Christ Jesus. This is why, barring intervention, the vast majority of abuse victims return to relationships with their original or other abusers — that’s what they know and are used to and they don’t know how to be in a healthy relationship.

It is far, far easier to retreat to the corrupt traditions of men — our religious comfort zone, if you will — than it is to step out in faith upon the truth of God’s Word.

Our Doubts Become Unbelief When We Speak Them

We can have doubts in our mind, yet still have faith in our hearts.

Brood of vipers! How can you, being evil, speak good things? For out of the abundance of the heart the mouth speaks. Matthew 12:34 (emphasis mine)

It is a fundamental principle of counseling that, if you listen long enough, your clients will tell you exactly what is wrong with them. That is accurate because of the foundational truths revealed in these two passages.

As with the children of Israel in the wilderness, whenever we declare with our mouths something in opposition to the revealed Word of God on the matter at hand, we are choosing to believe a lie rather than His Truth. So we may have doubts concerning God’s willingness and ability to deliver us screaming in our heads, but they do not become unbelief until and unless we give voice to them.

For example, when we are faced with symptoms of illness in our bodies:

Another example would be a financial challenge that is beyond our ability to handle using our own resources:

Our final example is a drug-addicted child of believing parents:

In closing, if you look at every instance where Jesus addressed His listeners as “you of little faith,” He is talking to people who questioned God’s willingness and ability to take care of them.

We’ll wrap up the topic of faith in my next article in this series.