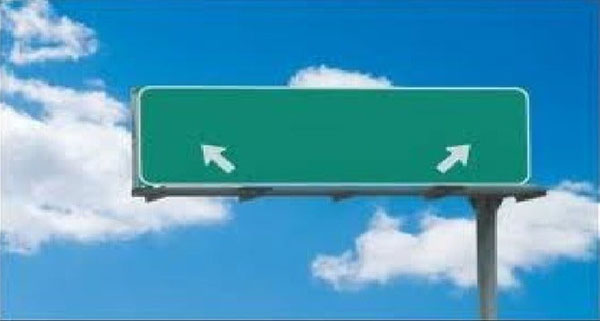 My wife and I enjoy watching period movies and TV series. Recently, we stumbled across another British-clergy-as-crime-fighter TV series on PBS called Grantchester. The series takes place during the 1950s and 60s in the eponymous real-life village close to Cambridge University. Its protagonists are an Anglican parish vicar and a hardened police inspector. They develop an unlikely mystery-solving partnership and close friendship. The series appears to be alive and well, with Season 7 currently in production for release later this year.

An ultra-liberal English TV network produces the show in Britain. PBS, itself another bastion of all things politically and theologically “progressive,” airs it for US viewers. Naturally, there is not even a hint of true Christian faith exhibited in the entire cast except one, a minor player.

What led me to write this article was a major story arc running throughout the first 3 of the 6 seasons:

Those first 19 episodes document this struggle as the star-crossed lovers repeatedly attempt to reconcile their passion for one another with the demands of the society/times in which they live.

As Sidney tries to work through this, he uses only his unredeemed human reason with zero scriptural input. Naturally, futility and frustration reign supreme. As his struggle continues, he slowly but inexorably flounders spiritually and morally. Drunkenness and sexual immorality with both Amanda and other women become more and more frequent as he wrestles with his dilemma.

Trust me, after 3 seasons, this story arc got pretty tedious.

Spoiler alert: in the Season 3 finale, he reneges on his decision to leave the ministry and bails out on Amanda permanently.

In the first episode of Season 4, a casting change had Sidney written out of the show.

Personally, I cannot fathom why the show-runners had him abandon the love of his life for the ministry in one episode and then, in the very next one, abandon that ministry to run off to another country with someone he barely knew. It was a completely unsatisfactory departure; they should have at least had him end up with Amanda once and for all.

Tragically, the replacement vicar has also proven to be incapable of taming his own heterosexual desires, either. His homilies (they do not rise to the level of sermons content-wise) are replete with theological half-truths. There is just enough truth to sound plausibly like orthodox Christian doctrine to the unsaved, but the other half is a toxic mashup of wishful-thinking and man’s religion.

The Alphabet Mafia has their token gay character present: the curate, a man constantly torn between his unscriptural sexual desires and his calling as a minister. He gradually emerges to defy both theological and societal standards in his behavior, that process celebrated over succeeding episodes.

As a theologue, watching TV is getting tougher by the day. Sheesh!

It’s otherwise a fairly decent show. We’ve thoroughly enjoyed watching, so I don’t want to portray it as a total waste of time. There is much humor to be had, especially the antics of the vicarage’s housekeeper, who is a force of nature in her own right, not to mention there are some cracking good mysteries (as the Brits say) to be solved.

Why Am I Writing This?

I spent much of those first 3 seasons earnestly wishing Sidney would simply repent and receive the New Birth so he could get the elusive spiritual clue he so desperately sought. But I cannot judge him as “less-than” because the real-life circumstances of my mid-life crisis in 2001 were not all that drastically different from his fictional one. Even with the New Birth and being baptized in the Holy Spirit checked off in my plus column, I spent more than a few years getting my head screwed on straight over several of the same issues he faced.

In all honesty, more than a few of my decisions ranged from bad to terrible. God’s limitless grace and inexhaustible mercy are the only reasons I’m here to write this article for you instead of shivering under an overpass somewhere, sleeping in a cardboard box, and wondering where my next meal was coming from.

I’ve said all that to say this: Sidney — and I — suffered from acute cases of double-mindedness.

Where do we get that term? There are several verses in both testaments either directly using or implying this concept:

Then Elijah stood in front of them and said, “How much longer will you waver, hobbling between two opinions? If the Lord is God, follow him! But if Baal is God, then follow him!”1 Kings 18:19-21 NLT (emphasis mine)

For such a person ought not to think or expect that he will receive anything [at all] from the Lord, being a double-minded man, unstable and restless in all his ways [in everything he thinks, feels, or decides].James 1:7-8 AMP (emphasis mine)

Therefore submit to God. Resist the devil and he will flee from you. Draw near to God and He will draw near to you. Cleanse your hands, you sinners; and purify your hearts, you double-minded.James 4:7-8 (emphasis mine)

I’m fascinated by the Hebrew word in that 1 Kings passage translated as “waver, hobbling.” It literally means “limping about on crutches.” And that is precisely the predicament double-minded people find themselves in: crippled.

In summary, every area of life!

The answer is quite simple to describe, but far more difficult to walk out in our lives. Let’s return to our verse from James 1 above and examine it in context. We’ll unpack this passage phrase by phrase:

Consider it nothing but joy, my brothers and sisters, whenever you fall into various trials. Be assured that the testing of your faith [through experience] produces endurance [leading to spiritual maturity, and inner peace]. And let endurance have its perfect result and do a thorough work, so that you may be perfect and completely developed [in your faith], lacking in nothing.

If any of you lacks wisdom [to guide him through a decision or circumstance], he is to askof [our benevolent] God, Who gives to everyone generously and without rebuke or blame, and it will be given to him. But he must ask [for wisdom] in faith, without doubting [God’s willingness to help], for the one who doubts is like a billowing surge of the sea that is blown about and tossed by the wind. For such a person ought not to think or expect that he will receive anything [at all] from the Lord, being a double-minded man, unstable and restless in all his ways [in everything he thinks, feels, or decides].James 1:2-8 AMP

One thought on “Double-Minded”