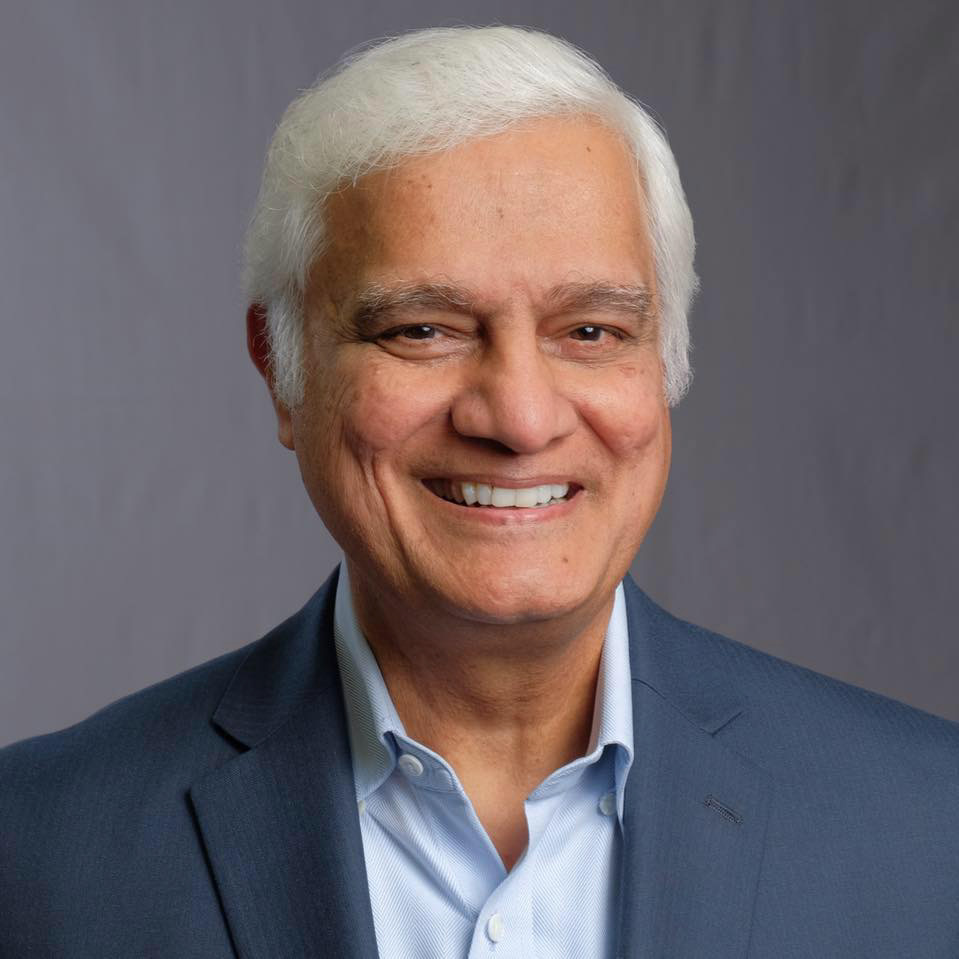 In May of 2020, those of us involved with Christian apologetics — whether peripherally as I am or vitally as the major focus of our ministries — mourned the untimely passing of a giant in that theological discipline, Ravi Zacharias.

I have always looked up to that man as a hero of the faith, the personification of what a Christian minister is supposed to be and how to act in the face of strident opposition and the public ridicule of our faith. No matter how hostile the questioner was he faced, Ravi refused to limit his interactions with atheists and the like to a dispassionate philosophical discourse, but gently attempted to reach the heart of that person with the love of Christ while responding with his incredible people skills, powerful anointing, towering intellect, and encyclopedic knowledge of Christianity, philosophy, and comparative religion.

All believers and ministers should strive to embody this kind of behavior.

Tragically, Ravi harbored a terrible secret, a sin which, had it come to light during his lifetime, would have seen his entire ministry discredited and destroyed. You see, it appears he was a closet sexual addict.

Lest there be any mistaken assumptions on your part as to where this article is going, let me hasten to assure you I will not be bashing Ravi, here or elsewhere — such a response is nowhere near God’s heart concerning such situations!

This matter has been thoroughly investigated and verified by both Christianity Today as well as Ravi’s own ministry staff at RZIM. Had Christianity Today been the sole organization conducting such an investigation, I would probably have blown it off (as I initially did when I first heard of this scandal) as they have taken questionable stands on many topics, buying into postmodern cultural narratives of late rather than standing firm on what the Bible clearly states.

But a leader at RZIM, who at the outset vociferously defended Ravi as the target of slanderous false accusations, recently confessed publicly to our apologetics group how he personally had investigated these allegations in depth and discovered to his horror they were all true, offering a public apology and expressing deep sorrow.

He is now experiencing en existential crisis over the whole affair as it calls into question everything he had known, assumed, and experienced while working so closely with Ravi. This is a normal reaction arising from such devastating revelations and he needs and deserves our prayers as he seeks God’s face concerning what to do next. My heart goes out to him!

Lest there be any confusion on anyone’s part about where I stand on this matter, let me be perfectly clear:

As a recovered sexual addict myself, I have considerable first-hand personal experience how powerful this sin can be. I have an intimate understanding of how it drives an addict to hide it from ourselves, God, and others while seeking increasingly greater and more frequent “fixes” to medicate the pain and shame driving our compulsion.

Only through God’s grace and mercy, I have walked out my own recovery and restoration process to fulfill His calling on my life.

I’ve dealt with the topic of addictions here and here, so I will not reinvent those wheels here. If you want to investigate this topic in greater depth, feel free to follow the links provided.

What follows is my opinion on this scandal.

Many believers decry the “cancel culture” pervading our postmodern society which seeks elimination from public view and discourse all references to ideas and people they disagree with over the cultural hot-button issues of our times: so-called “progressive” political ideology, race issues, LGBTQ, and a host of others.

The tragic truth of the matter is Christendom (the organized expression of Christianity in the earth) originated that concept!

As any cursory examination of the social media discourse on any controversial topic within the Body of Christ these days will reveal, any teachings not comfortably fitting within Christendom’s well-defended comfort zones of religious tradition as well as any minister preaching them are labelled as heretical. Then they go on to describe such ministers as “vile”, “lying”, and a host of other pejoratives with zero evidence to support their claims. Whenever a controversial preacher/teacher is discovered in a moral failure of any kind, such folks rejoice at that minister’s demise, rather than responding in sorrow and prayer.

A classic case of this was the IRS’ raid on Benny Hinn’s Texas ministry headquarters. I’m no apologist for the man, but as of this writing, his case is still under under investigation, therefore no charges have been filed, no indictments handed down, and no court date has been set, and no verdict has been agreed upon by a jury of his peers. IOW, he is still innocent until proven guilty beyond any shadow of a reasonable doubt, a cornerstone of US jurisprudence.

However, the rush to judgment in social media and the blogosphere would have you believe completely otherwise, that he is guilty as sin, deserves life in prison, should be defrocked and publicly disgraced, all because he has the temerity to preach and teach something outside of their comfort zone. But I digress…

Back to Christendom: they go on to use such “failings” to further justify their erroneous doctrinal positions — “another brick in the wall” of their spiritual strongholds, buying into the logical fallacy that such a fall negates any message presented by that minister, rather than the truth of the matter: no matter how valid the message may be, the messenger is a fellow sheep who the enemy is trying to steal from, kill, and destroy — and there but for God’s grace go we!

I challenge anyone to find a NT justification for any of these behaviors using any version up to and including the original Greek.

Such behavior is no less sinful than the behavior of those they judge.

Tragically, this kind of response is a very real and present danger in this situation, which segues nicely into the next topic, the reason I said all that:

I’ve covered this topic pretty thoroughly here on Miscellaneous Ramblings as well. so again, I will not reinvent that wheel here.

Our flesh-driven compulsion to condemn others for their failings is exceedingly difficult to overcome because we tend to feel so badly about ourselves and our own failings. In other words, judging others is a emotional band-aid for our own sin-consciousness.

Truthfully, we have zero knowledge/insight into Ravi’s soul and his motivations, or the how/why/when/where he fell into this sin. We also have no moral high-ground from which to render such judgments even if we did. The only Person uniquely qualified to do so is way above our pay grade and He jealously guards the judgment of men’s souls as His sole prerogative while expressing His extreme displeasure towards those who pridefully violate that boundary.

These are the things we can safely say:

Sadly, I’ve already heard the word “fraud” associated with Ravi during this debacle and it grieves me beyond words.

Ravi was no fraud. His message was true, his answers and delivery were spot-on, his love for his opponents very real.

A fraud preaches and teaches one thing while doing something completely different. Had Ravi hypocritically held himself up as a paragon of sexual virtue, preaching on the horrors of sexual sin, condemning those who fell into it as Jimmy Swaggart once did before his own fall sexually, then yes, Ravi would have been a fraud.

But one of the salient characteristics of Ravi’s public ministry was his complete lack of judgment or condemnation towards others, and a total absence of proclaiming himself to be any kind of example for others to emulate, at least from what I’ve witnessed.

Ergo, not a fraud!

An Ounce of Avoidance Equals a Pound of Recovery & Restoration

I’ve already heard someone question why Ravi didn’t follow the “Billy Graham Rule” of never allowing himself to be alone in the presence of any woman other than his wife. That is indeed a valid assessment, one I heartily concur with. Former Vice-President Pence was ridiculed for adhering to that same rule by those who seemingly pursue adultery and sexual perversion as Olympic sports, but again, I digress…

Another burning question is the one in my mind: why would a Christian minister choose to be a business partner in a massage parlor in the first place, even if it was legitimately a day spa rather than a storefront masquerade for a house of prostitution? Closely related to that question is a second one: why would a Christian minister patronize it? Why open the door to the enemy that way?

Which begs yet another question of whether his sexual fall predated those investments. Did they result from a raging addiction already in progress, or was his addiction a consequence of finding himself tempted in the solitude of a private room he owned attended by a female employee who was intimately touching his body, albeit asexually?

Sadly, we will never know the answers to these questions this side of heaven — and most likely not even then.

Because our Heavenly Father is far more concerned in dealing with each of us and our own behaviors, good or bad, and our own motivations, good or bad, than He is in offering us insights into the bad choices and motives of others.

This is especially true when it comes to how we handle such situations as we are currently discussing.

One last question to be pondered: is it possible, even likely, Ravi did not receive a miraculous or medically-based healing for his cancer despite God’s promises, the fervent prayers of thousands of believers on his behalf, and medical science, all because of this hidden sin?

It is entirely safe to say we ministers and other Christ-followers can and should take heed of Ravi’s terrible choices, learn from them, and thereby steer clear of a similar end. Satan’s primary attack vector against the flock is to take out the shepherds and we seem to be falling like flies these days.

In conclusion, I will go to my grave honoring and respecting the ministry of Ravi Zacharias, all the while grieving the fact of his sex addiction and its terrible consequences for his victims, his family, his ministry organization, and the Body of Christ in general. I join with everyone else who is grieving over this scandal, especially Ravi’s family and the ministers at RZIM.

I hope and pray all of you reading this will find it in your heart to do the same.

5 thoughts on “A Tragic Scandal”